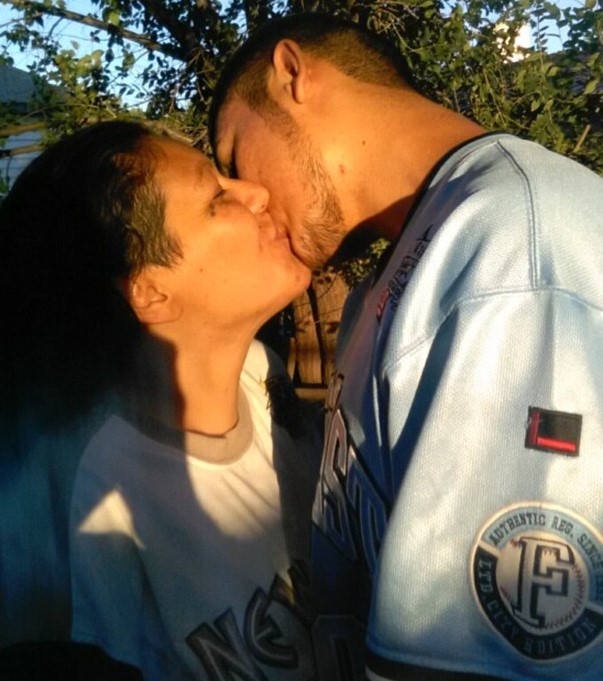 A mother and son whose forbidden love affair could land them each a lengthy jail sentence have declared they are 'madly in love' and nothing will tear them apart.

Monica Mares, 36, and her son Caleb Peterson, 19, face up to 18 months in prison if found guilty of incest at a trial later this year in New Mexico.

But the mother and son couple have vowed to fight for their right to have a sexual relationship and are appealing to the public to donate to their legal fund.

In an exclusive individual interviews with Daily Mail Online, they told how they are willing to risk everything to be together - and have decided to go public with their affair in a bid to raise awareness of Genetic Sexual Attraction (GSA) relationships.

GSA is defined as sexual attraction between close relatives, such as siblings or half-siblings, a parent and offspring, or first and second cousins, who first meet as adults.

Mares said: 'He is the love of my life and I don't want to lose him.My kids love him, my whole family does. Nothing can come between us not courts, or jail, nothing.

'I have to be with him. When I get out of prison I will move out of Clovis to a state that allows us to be together.'

Incest is a crime in all 50 states, but the specifics of the laws and punishment vary greatly from state to state.

Mother-of-nine Mares said she would even give up the right to see her other children if she was asked to choose between them and her lover.

The couple who currently live separately in Clovis, New Mexico - and are banned from having any contact with each other by the courts - first embarked on their love affair towards the end of last year.

Mares was just 16 when she gave birth to Peterson - whose pre-adoption name was Carlos - and he was adopted as a baby.

The 36-year-old, who didn't raise Peterson, saw him for the first time in 18 years last Christmas when she picked him up at his adoptive father's house in Texas and brought him to her home after the pair got in touch over Facebook.

The couple soon developed romantic feelings for each other and their relationship became sexual a few weeks later.

'The first time I met my son in person I was so happy and excited I gave him a big hug,' Mares said.'I went to go pick him up at his dad's house in Texas.

'He gave me a call and asked me to pick him up, I got butterflies in my stomach.

'I met him outside and I knew it was him when he came towards me. He was crying and he gave me a hug.

'It was almost love at first sight but first it was mother love. He gave me a mother hug.

'He came home in the truck and came to live with me and we were both happy as mother and son.'

Mares said that at first nothing happened but she then started getting these 'crazy' feelings.

She said it felt different because she didn't raise him as her child yet after all these years he came back to her.

'It felt like I met somebody new in my life and I fell in love with him,' she explained.

She continued: 'At first I told him, "I'm sorry I don't know how you are going to react to this. I'm your mom and you're my son, but I'm falling in love with you".

Mares says Peterson is the best thing that has happened to her in the past 19 years and wants to be with him for the rest of her life.

She understands that she risks losing all her children and going to state prison but they both want to fight it.

'Caleb is willing to go through the same thing. Whatever it takes to be together,' she said.

At first the couple lived happily together in Mares' mobile home with her two youngest children Uriah and Joseph – keeping their relationship a secret from the world.

But police soon found out about the clandestine affair during a call over a row between the family and some neighbors.

The couple was charged with incest – a fourth-degree felony in New Mexico - following the February 25th incident.

They were arraigned and appeared jointly in court in April – but were held in custody for breaching their no-contact order.

They were released on $5,000 bond and now face a trial by jury in September.

Currently Mares is not allowed to see any of her children or have any contact at all with Peterson.Yet she maintains that is has all been worth it.

'It is every bit worth it,' she said. 'If they lock me up for love then they lock me up. There is no way anybody could pull us apart, and I really do love him.

'It hurts he is far away. It hurts really bad. I wish I could see him, talk to him, but I can't risk it.'

Peterson said he started falling love with his mom about a week after meeting her - but claims as he grew up with an adopted parents he never really saw Mares as his mother.

'I never had anyone cook me meals or give me anything,' he said. 'I never got anything my entire life and she went out of her way to make me happy and after about a week or so I started having feelings for her and I guess I fell in love.

'It went beyond a mother-son relationship I never really viewed her as my mom. In certain aspects I do but mostly I don't.

'I never thought I was crazy for having these feelings because I didn't see her as my mom, it was more like going to a club and meeting a random person. It didn't feel wrong, it felt normal.'

Peterson claims it was him who made the first move not his mom.

He recalls: 'We were hanging out just talking and I looked at her and she looked at me and I kissed her.

'It was a real kiss it had feelings behind it, there was a spark that ever since then it just stayed.

'Honestly I never thought we would get into trouble for our relationship. We were both consenting adults - when it comes down to it.

'She's adult I'm adult I can make my own decisions. I never thought it would blow up into something like this.'

Mares also said that it didn't feel strange or wrong when the couple began their sexual relationship - but admits that it probably wouldn't have happened if she had raised Peterson.

'The first time we were physical ended up holding hands and then we ended up kissing and the kissing led to other things,' she said. 'I felt comfortable with him and we fell even more deeply in love.

'If he had been with me all his life I don't think anything would have happened between us.'

As well as legal trouble, the couple has met opposition from friends, neighbors, family members and the wider community.

Mares has been attacked outside her home and subjected to death threats.

She said: 'I've been having a lot of trouble from the people in Clovis. They call me incest.

'They say I've got a hit on me in jail and two hits in state prison if they send me there.

'A hit means they are going to try and shank me, kill me. It's been kind of hard for me to go to stores and stuff.

'One incident happened at a nearby store there was a girl there I had trouble with before she ended up pulling knives out on us – it was me and my niece Tiffany.

'She said "I'm gonna kill you" and all kinds of stuff.

'I'm scared to go out so I stay home. They have my picture on the internet, they know my jail picture. I'm scared I'm worried.'

Mares says other moms she knows don't understand what she's going through but says her kids have said they will love her no matter what.

But with a torn look on her face, she added: 'But if I had to choose between my son and all my other kids I'd chose him.'

Peterson added: 'My dad walked out on me because of it.

'There's a lot of negative comments I read on Facebook and things - people say it's disgusting, it's gross, she's your mom but it doesn't hurt me or affect me at all.

'If they were in my situation or if they were to find out that somebody they loved was actually related to them then they'd be saying the exact opposite.'

Peterson admits that sometimes he wonders if he should have done things differently - if only to spare his family the pain.

But he said that even if the judge offered to spare him jail if he stopped all contact with his mother, he would refuse.

And he has vowed to wait for Mares if she is jailed and he isn't.

'Sometimes the easy way isn't the best way,' he said. 'Sometimes we have to make that life decision that's going to change and affect everything but when it comes down to it, it's worth it.

'I will wait for her if she gets a jail sentence and I don't. For me it's not about patience it's about commitment.

'If I'm committed to something I follow it through that's the kind of person I am.

'If I love her enough and I'm crazy enough to stay in Clovis for her and crazy enough to face all the courts for her then waiting a bit of time to have the rest of my life being happy then I'm willing to do that.' 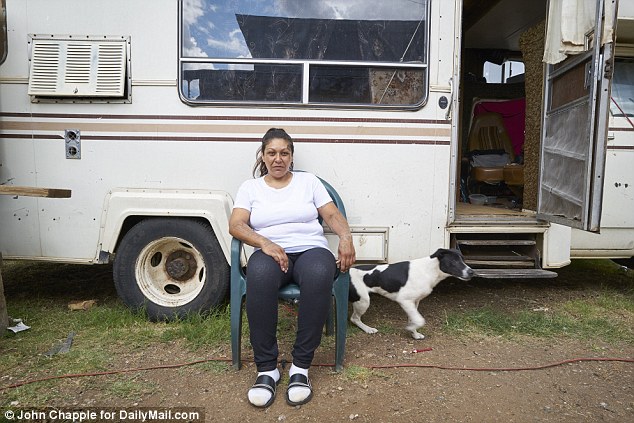 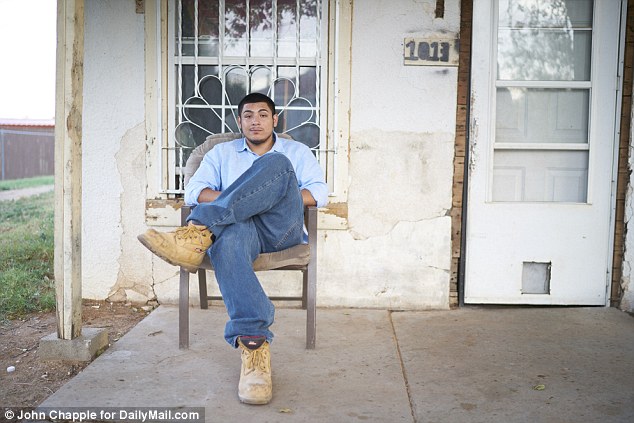