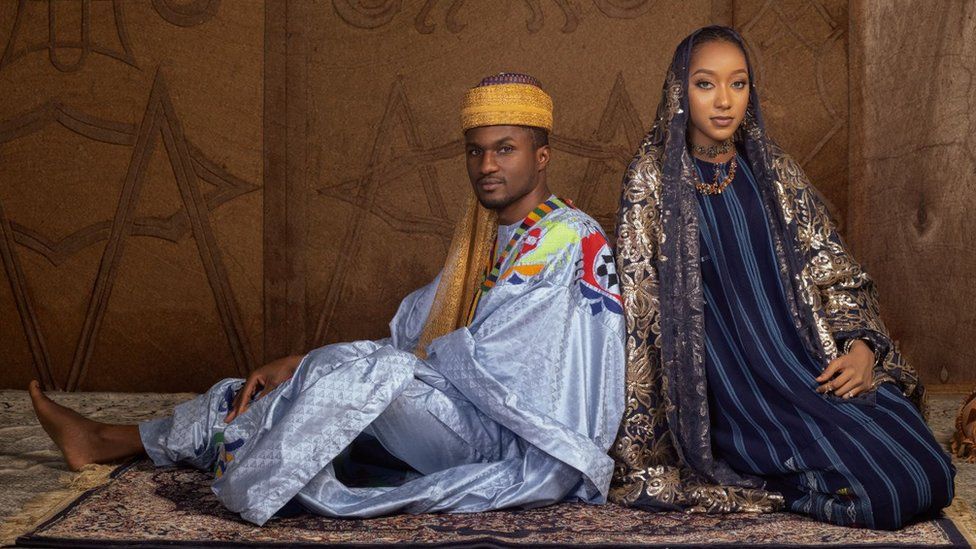 Private jets filled up the runway of the airport in the northern Nigerian city of Kano as members of Nigeria's elite and West African dignitaries flew in for the wedding of the president's son and the daughter of a prominent religious and traditional leader.

The marriage of Yusuf Buhari to Zahra Nasir Bayero is one of Nigeria's biggest celebrity events of the year. 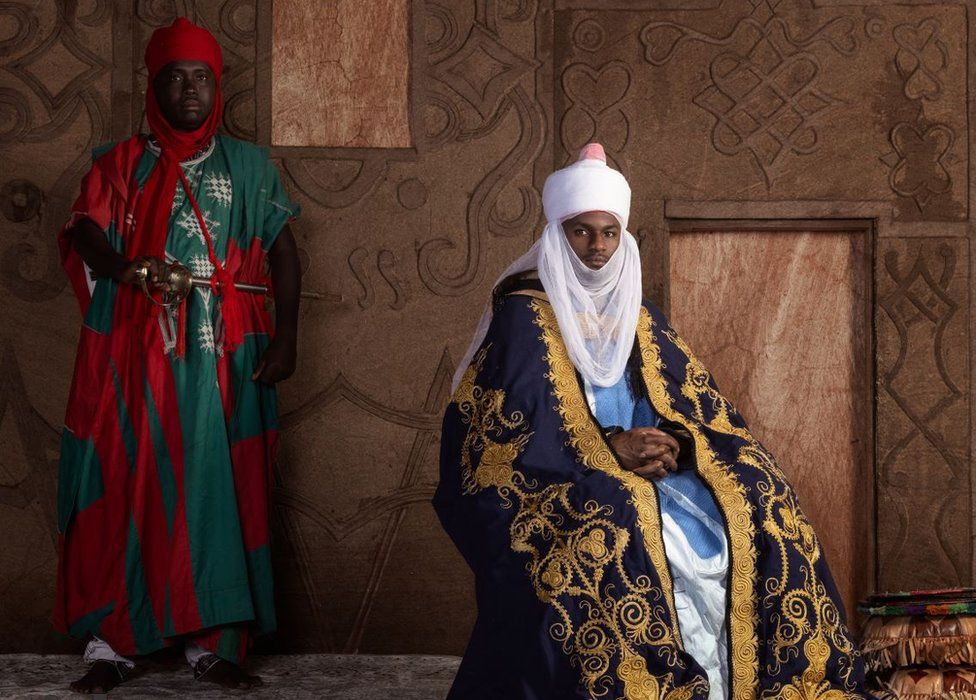 Thousands attended the event at the palace of the Emir of Bichi, a town in Kano state.

One historian told the BBC that a wedding between presidential and royal families was unprecedented in Nigeria.

The pair met at the University of Surrey in the UK. 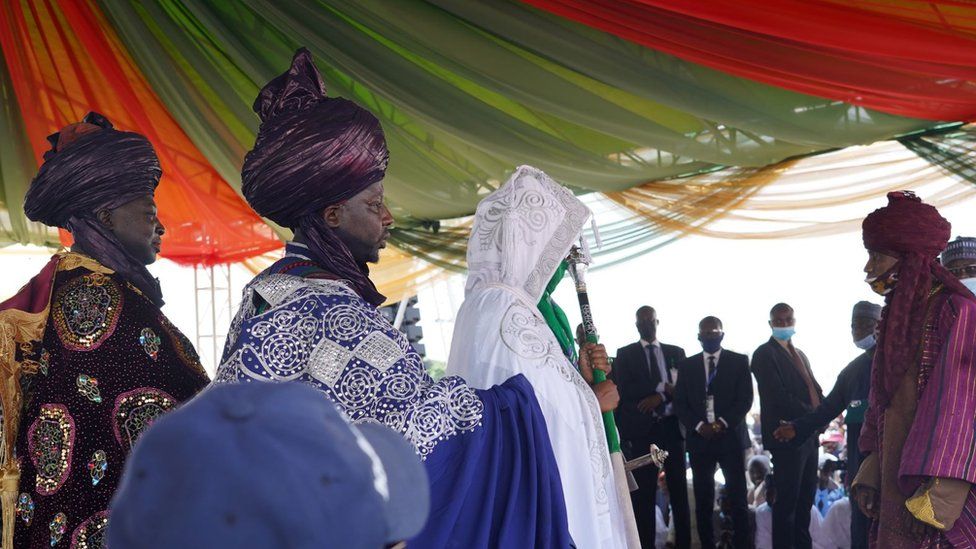 The festivities continued on Saturday, when the bride's father Nasir Ado Bayero was officially crowned as the Emir of Bichi. His brother is the Emir of Kano, one of Nigeria's most prominent Islamic leaders.

The BBC's Ishaq Khalid in Nigeria says the pre-wedding pictures of the bride caused controversy on social media, with some calling her clothing "immoral" because her shoulders were exposed, while others defended her. 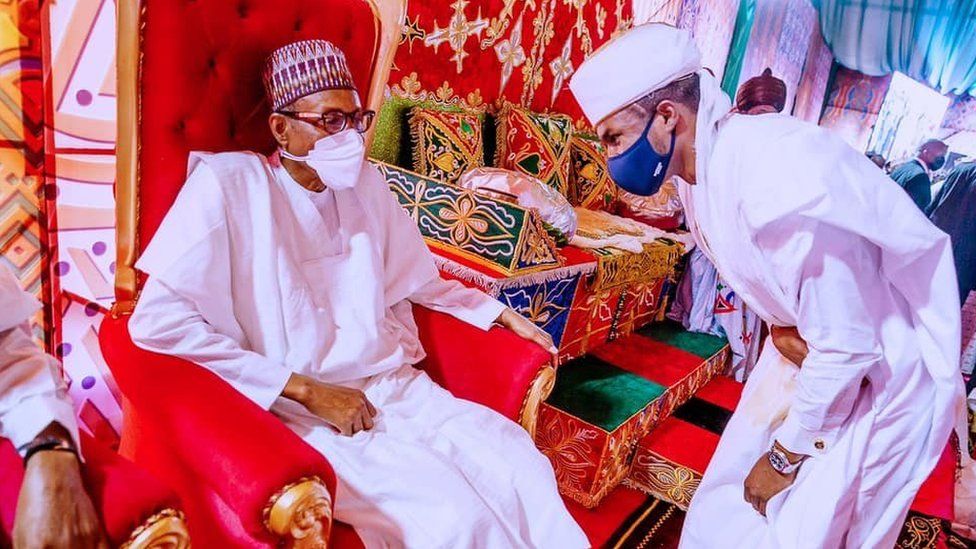 While there are some reports that 100 private jets flew in for the occasion, an airport official told the BBC there were actually fewer than 50.

Nevertheless, the festivities were scaled down because of the coronavirus pandemic. Many of the guests wore face masks, with Nigeria currently struggling to contain an upsurge in cases. 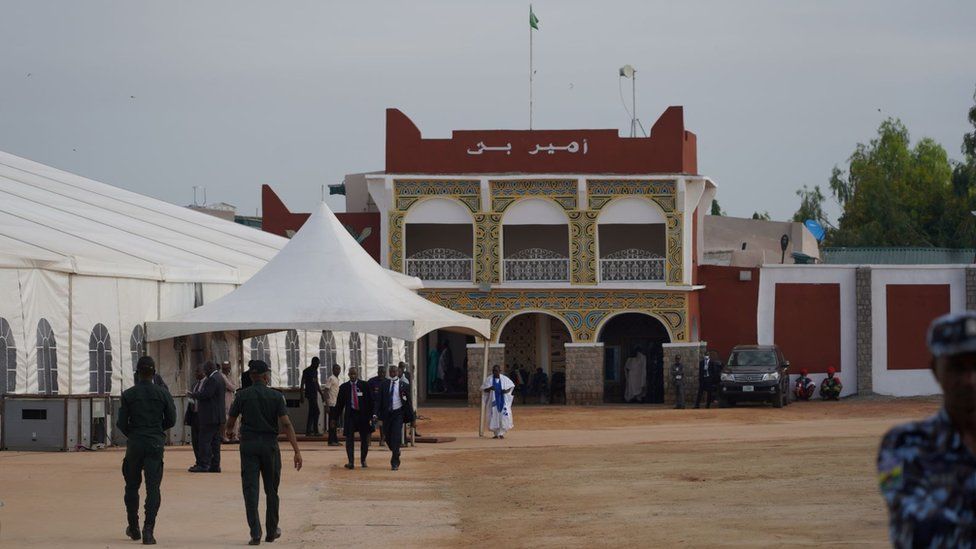 There was heavy security at the wedding ceremony, with police and military officers guarding the palace and stationed at nearby strategic locations.

The wedding itself was conducted by Communications Minister Isa Ali Pantami, a qualified imam. 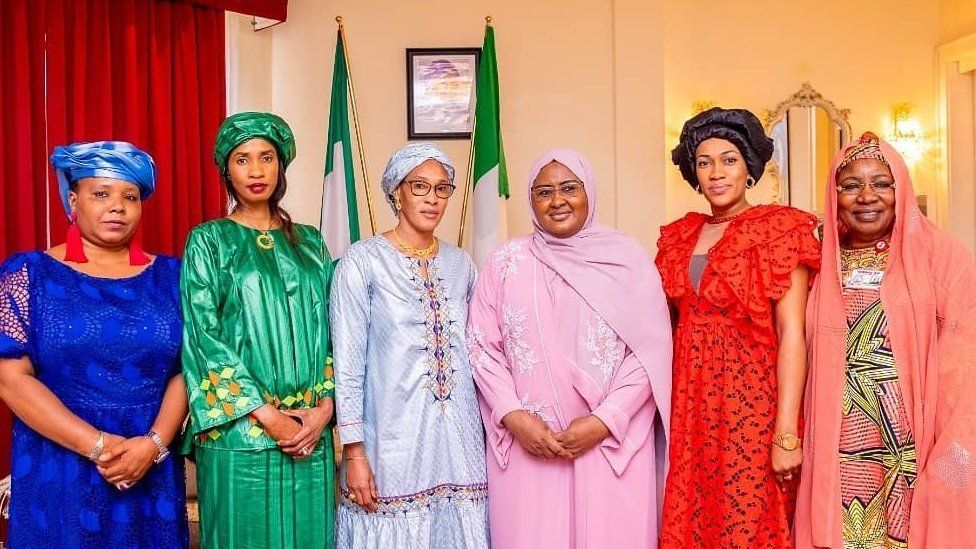 Top politicians and traditional rulers from across the country flew in, including several opposition figures. Among them were President Muhammadu Buhari's predecessor, Goodluck Jonathan, whom he defeated in the 2015 election.

The Gambia's First Lady Fatoumata Bah Barrow and the former president of neighbouring Niger, Muhammadu Issoufu, were among the foreign guests.