Doctors warn against putting parsley into your vagina to induce periods 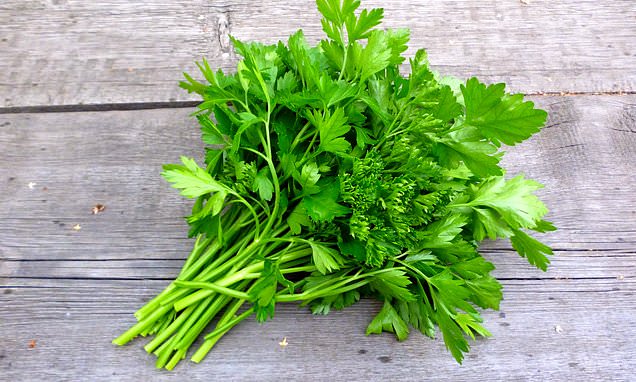 Marie Claire UK has been criticised by medical experts after the magazine published an article suggesting women can induce their periods by inserting parsley into their vaginas.

The women's magazine, owned by TI Media, published an article on January 9 detailing techniques you can use to "kick start" your period.

Among exercise, eating pineapple and ginger, one suggested method is the using ingredient parsley.

The article reads: "Parsley can help to soften the cervix and level out hormonal imbalances that could be delaying your cycle, helping your period come faster.

"If you're struggling to find a dish based on parsley, don't panic – the most effective forms are said to be parsley tea and parsley vaginal inserts."

The reason for its effectiveness, according to the article, is supposedly because parsley is an emmenagogue, a substance that stimulates menstrual flow.

Read also: 15 facts every woman must know about her Vagina

However, numerous medical experts have advised against inserting parsley into the vagina, citing health risks.

Dr Shazia Malik told The Independent: "There is no evidence of any benefit to a woman of doing this, and clear risk of significant harm as deaths have been reported.

"I would urge women not to insert anything unless they have taken proper medical advice."

Dr Sheila Newman also told the newspaper: "That is not something that is recommended by gynaecologists... the advice published by Marie Claire is irresponsible."

According to Dr Newman, there are ways to manipulate your menstrual cycle but these should be discussed with your gynaecologist.

Parsley has been used as a home method of inducing periods and abortions, but putting the herb inside the vagina has been known to cause serious infections.

In August it was reported that a woman in Buenos Aires, Argentina died after inserting parsley into her vagina to induce a miscarriage.

She was reportedly rushed to the emergency ward of a local hospital with a serious infection after the DIY operation. Doctors removed the infected uterus but she later died.

A Marie Claire spokesperson said to Mirror Online: "Marie Claire prides itself on well-researched beauty and lifestyle stories, with advice sought from appropriate industry experts - sadly this feature does not reflect those standards and we have removed the article.

"It was misguided and we are sorry our usual care and stringency was not followed."