Photos: Are these the world’s craziest coffins? 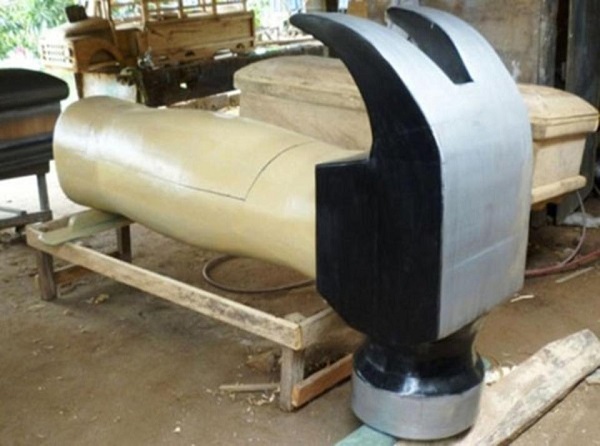 Photos: Are these the world’s craziest coffins?
Shares

Here we pulled together the best coffin designs of the world by those who thrive on grave humour.


The culture of customised coffins centres in the West African country of Ghana where Christians have been buried in the pimped up caskets since the 1960s when it was reserved for chiefs and priests.

These days everyone is in on the (last) act.

So there’s a hammer for a builder, a camera for a photographer and beer bottle for a bar manager. The concept has spread to other parts of the world — here are some of the best.

The man who owns the coffin is a fisherman

This design says a lot about its owner's best food

This car-fin will take its inhibitor to wherever they're going

Final nail in the coffin

There will also be a hammer headstone

A bottle of coke was the inspiration