Rev Eastwood Anaba was nicknamed SUNSHINE In Presec, Here is how he got it 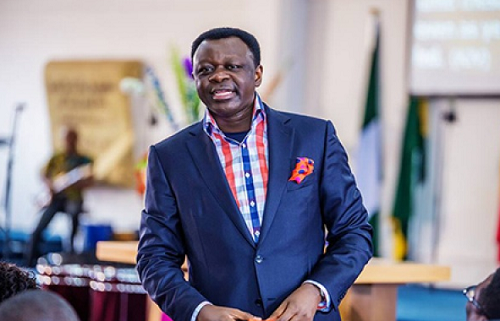 Rev Eastwood Anaba was nicknamed SUNSHINE In Presec, Here is how he got it
Shares

The Bolga native had come 582km down south to Presec for his sixth form education in September 1979.

First of all, Akro House was his assigned house and within weeks, his excellent social skills and good interpersonal relations made him the darling boy of all.

Hence, the apart from helping younger ones with chemistry problems, he removed his seniority garb and related to them as brothers.

He did not demand respect but earned it by sheer humility and candour.

To him, the yellow sixth form uniform was just a distinguishing apparel, not a condescending costume.

Akro House sports pundits liked his lanky physique and felt his dominance on a volleyball pitch would break the dominance of Kwansa House in that sport.

If not volleyball, at least javelin or discuss would be the sports we will use console ourselves. But no way, this guy would not do any sports.

We were to be disappointed like a man who found out the lady whom he had admired, fallen for and was preparing to approach was indeed a married woman with four kids!!!!!!

So, as he crossed the dusty open space behind Clerk House bathroom on his way to Akro that Tuesday afternoon after lunch, Eastwood belched twice with satisfaction.

Even more, he had a good reason for that involuntary gastrointestinal activity because Senior Henaku, aka Ananse his buddy had shared an extra plate of rice and kontomere stew with him. 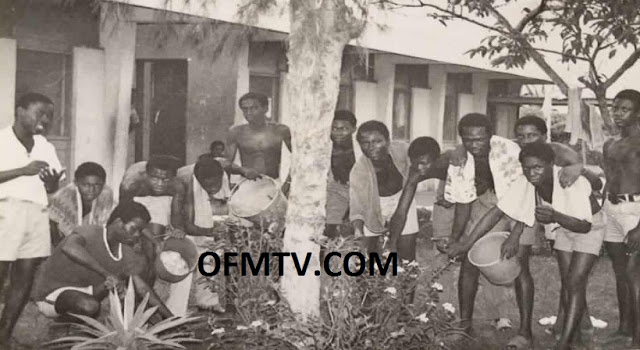 Removing his shirt and hanging it on the nail by the window,

Eastwood was about to catch some rest when the mails boy handed him a letter.

But, when Eastwood recognized the handwriting on the letter and inferred its author, he quickly hid the letter under his pillow and gazed at the ceiling with joy.

Therefore, his immediate and growing excitement caught the attention of Joseph Ansah-Addo aka, Gulus Berber who slept beneath him on the twin metal bed.

Inquisitiveness took hold of Ansah-Addo and with his telescopic eyes, he purposed to find out the contents of the letter.

When women are in love and want to secure themselves, they employ the use of adjectives in expressing themselves to pamper their men.

That was exactly what this lady letter writer did.

Craning his neck and catching Eastwood off guard as he consumed the contents of the letter,

Ansah-Addo saw the salutation of the letter:

Momentarily rendered deaf and dumb by what he has just seen, Ansah-Addo gathered himself and roared out “Sunnnnnnnshine.
Anaba Sunnnnnnshine” drawing some students to Dormitory D to find out what was happening.

Shyness and embarrassment gripped Eastwood as he sat on the bed wondering how Ansah-Addo saw the salutation.

You don’t fight an imposed nickname in Presec so Eastwood Anaba became Sunshine for rest of his stay and still known today by the same moniker by students of that era.

Furthermore, without sunshine, the earth will cease to function. To see a man as your sunshine paints a picture of total dependence and reliance on him.

A free introduction to the world of Love & Romance was served to Akro House boys that day.

Senior Eastwood would go on to join the Presec Scripture Union and the rest is history.

Finally, Senior Eastwood, oh Osofo Eastwood, the impact of your ministry is worldwide;

your unquestioned integrity makes you stand tall among fellow pastors.

The full contents of that letter remains sealed by Presec FBI.