Risks associated with oral sex that everyone must know 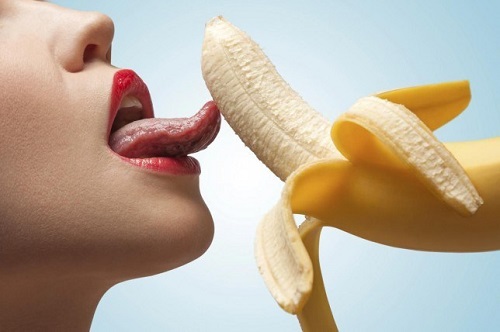 Oral sex involves using your mouth and tongue to stimulate your partner for sexual pleasure. But is oral sex safe or are you at risk of catching a sexually transmitted infection?

Furthermore, it's been shown that oral sex comes with benefits - it can be extraordinarily effective at helping women to reach a climax, it can help men who have some minor difficulty in getting an erection and it won't get you pregnant (except under the most extraordinary and unlikely circumstances).

However, a lot of people do â€“ quite understandably â€“ get concerned about whether oral love play could pass on any type of STI. GP Dr Roger Henderson looks at the various risks that can be associated with oral sex and explains how to enjoy safe oral sex:

What is oral sex?

First, let's just clarify what we mean by 'oral sex'. There are several main types.

This involves sucking or licking your partner's nipples, and carries almost no risk of any infection â€“ except, very rarely, syphilis.

As any doctor at a sexual health clinic can tell you, it is possible to acquire several forms of sexually transmitted infections (STI) through oral sex, if the other person is infected. The risk is also usually higher if you give rather than receive oral sex because of greater exposure to genital fluids. STIs which could potentially be transferred via oral sex include the following:

â€¢ Syphilis
The lesions of syphilis usually appear on the genitals or the anus (and very rarely on the nipple) but they do sometimes appear on the lips or tongue, as a result of oral sex and so in that case the disease can be caught from an infected person's mouth.

Chlamydia trachomatis is a genital infection that has become extremely common among sexually active young people during the last two decades and it has been estimated that in some parts of the UK at least 10 per cent of younger adults have it. If chlamydia gets established in the throat, mouth or nose, it could cause various infections, particularly of the eye.

The herpes simplex virus (HSV) infection is the commonest cause of genital ulceration. There are two types of the virus. Type 1 affects mainly the lip â€“ causing cold sores. Type 2 causes blisters on the genitals. In the past, it was thought that genital herpes was caused almost exclusively by Type 2, but in recent years it has become clear that many herpes ulcers on the penis or vulva/vagina are actually caused by the Type 1 virus.

Genital herpes is characterised by recurrent bouts of vesicles (small blisters), either on the penis or vulva, or other parts of the female genital tract. These rapidly break down to form small, painful ulcers. HSV can also cause pharyngitis, an inflammation of the throat with ulcer formation. HSV is highly infectious and usually sexually transmitted, including through oral sex.