Speak now or forever hold your peace: The meaning behind this wedding objection 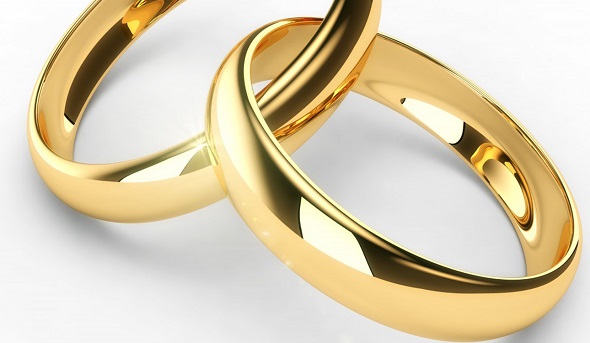 You spent months participating in wedding traditions and planning for your dream wedding.

The song that plays as you walk down the aisle, eagerly waiting to tie the knot. The arrangement of your flowers. The guests who attend. The only thing you can’t plan? That rare instance of someone objecting during the wedding ceremony after the officiant says, “Speak now or forever hold your peace.”

The good news? It’s uncommon for wedding guests to break this huge wedding etiquette rule and object during a ceremony. Phew. That being said, is “speak now or forever hold your peace” still a real thing? And what etiquette rules should be followed if someone objects at a wedding? We talked to several wedding officiants to set the record straight.

Why do they say “speak now or forever hold your peace” at weddings?

Wedding officiants tell Reader’s Digest that it’s rare for officiants to say “speak now or forever hold your peace” during weddings anymore. In fact, minister Jennifer Perry says it’s been decades since she’s heard a minister or officiant say it. If it’s said at the altar, most of the time it’s just a formality.

But what are the origins of this phrase, exactly? Turns out, it originated from a Christian marriage ceremony. It was difficult for people to communicate with one another during medieval times, especially if they lived in different towns—you couldn’t text someone or DM them on social media, after all.

To ensure people weren’t marrying multiple partners, or that there weren’t other legal marriage hiccups, upcoming marriages were announced for three Sundays in a row. That way, people could spread the word and object to a pending marriage if they knew someone was already wed.

During the actual wedding ceremony, priests said “speak now or forever hold your peace” in case anyone had information that challenged the legitimacy of a couple’s union—like if they already had a husband or wife who was conveniently left off the guest list.

What happens if someone objects at a wedding?

Perry notes that couples likely curate the guest list to include only those who support their union. That being said, do wedding objections still happen? Keith Willard, a wedding officiant and wedding planner, says it’s rare that someone seriously objects at a wedding. “If someone objects, most of the time it’s done in a joking manner,” Willard explains. “It gets some laughter from the guests, a smart response from either the bride or the groom, and the ceremony continues.”

“I can make light of it by saying, ‘If someone objects to this wedding, speak now or forever hold your peace—except for Aunt Trudie,'” Willard says. He also notes that if the objection happens out of the blue, the officiant can note it and move on with the ceremony. Some couples may want the officiant to halt the ceremony to deal with the objection in private, but that, of course, depends on what the couple is comfortable with.

And what happens to the person who objects? Well, that’s up to them and the couple—they did break a big etiquette rule, after all. They could sit through the rest of the ceremony (an awkward choice, but a choice nonetheless), they could leave on their own, or someone could escort them out of the ceremony at the couple’s wish—it all depends on the circumstances.

Can the wedding go on if someone objects?

Yes, weddings may go on if someone objects, assuming the couple wishes to finish the ceremony. Sure, there may be some tension with the objector, but it doesn’t mean the ceremony can’t continue. The couple could take a moment to gather themselves (can’t say we’d blame them if they did), but that’s up to them.

If you’re suddenly concerned that someone is going to interrupt your big day, remember: Wedding objections aren’t common, and it’s rare for an officiant to say “speak now or forever hold your peace” anyway, so the chance of a public objection is slim. Also, remember that the people on your guest list are there to celebrate your union, so focus on the big day ahead and the joy you’ll feel after marrying the love of your life.