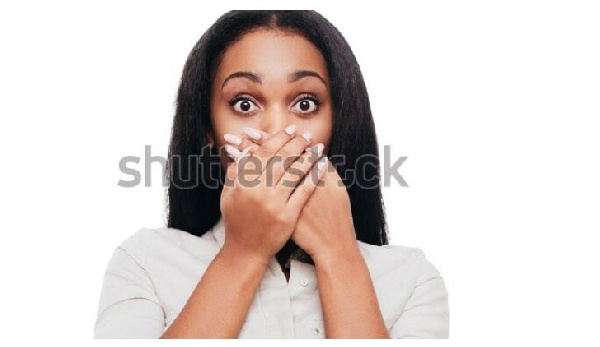 We all know that there are some big differences between men and women, such as menstruation and the reproductive system but how much do we really know about those differences?

A user named @brownandbella posted a tweet asking people to send her the 'dumbest' thing a man had ever said to them about periods, sex and their reproductive health.

She wrote: "Women, what is the dumbest thing a man ever said to you about sex, reproductive health, menstruation, etc.? Reply with a comment below, no quote RTs.â€

One woman said: "A man in his 30s recently asked me why when we have a period it has to be blood that comes out. Literally had no understanding of what a period was. At over 30 years old. Amazing."

Megan commented: "I told a guy itâ€™s good manners to ask if the woman came. He said, 'Did you?' I told him I hadnâ€™t. His response? 'I know some women canâ€™t the first time for emotional reasons'."

A third replied: "A man I know was convinced his daughter was having sex because her breasts and hips grew over the summer. Threatened to take her phone, lock her in the house etc.

"She was just a 13 year old going through puberty. He thought sex made her body develop."

A user named Joyslin posted: "I bled a *little* on a guy while having sex in college and apologised when I noticed. He screamed at me that this â€˜can only happen when you have an STD', kicked me out of his dorm, and fb messaged me accusing me of giving him AIDS for like a month.

Another shared a strange argument she had with her ex-boyfriend.

"After I returned from a week long girls trip my ex accused me of cheating," she said. "When I asked why was he tripping he said because he saw me pack my birth control pills in my toiletry bag and why would I need them if I didnâ€™t plan on having sex. Sir, you mean the pills I have to take DAILY?!"

Meanwhile, a sixth lady shared this hilarious line: "One time a guy swore to me that a womanâ€™s G-spot moves and it was a man's job to continually try and find this floating G-spot that is always in a different place."

And then there was this shocking comment: "I was in thereat doing a C-section when the (male) anaesthetist said that women don't deserve pain medicine when they give birth, as we have to pay for the Sins of Eve. He said the ones getting CS are â€œcheating the systemâ€.

"He gives anaesthesia in a maternity hospital for a living."