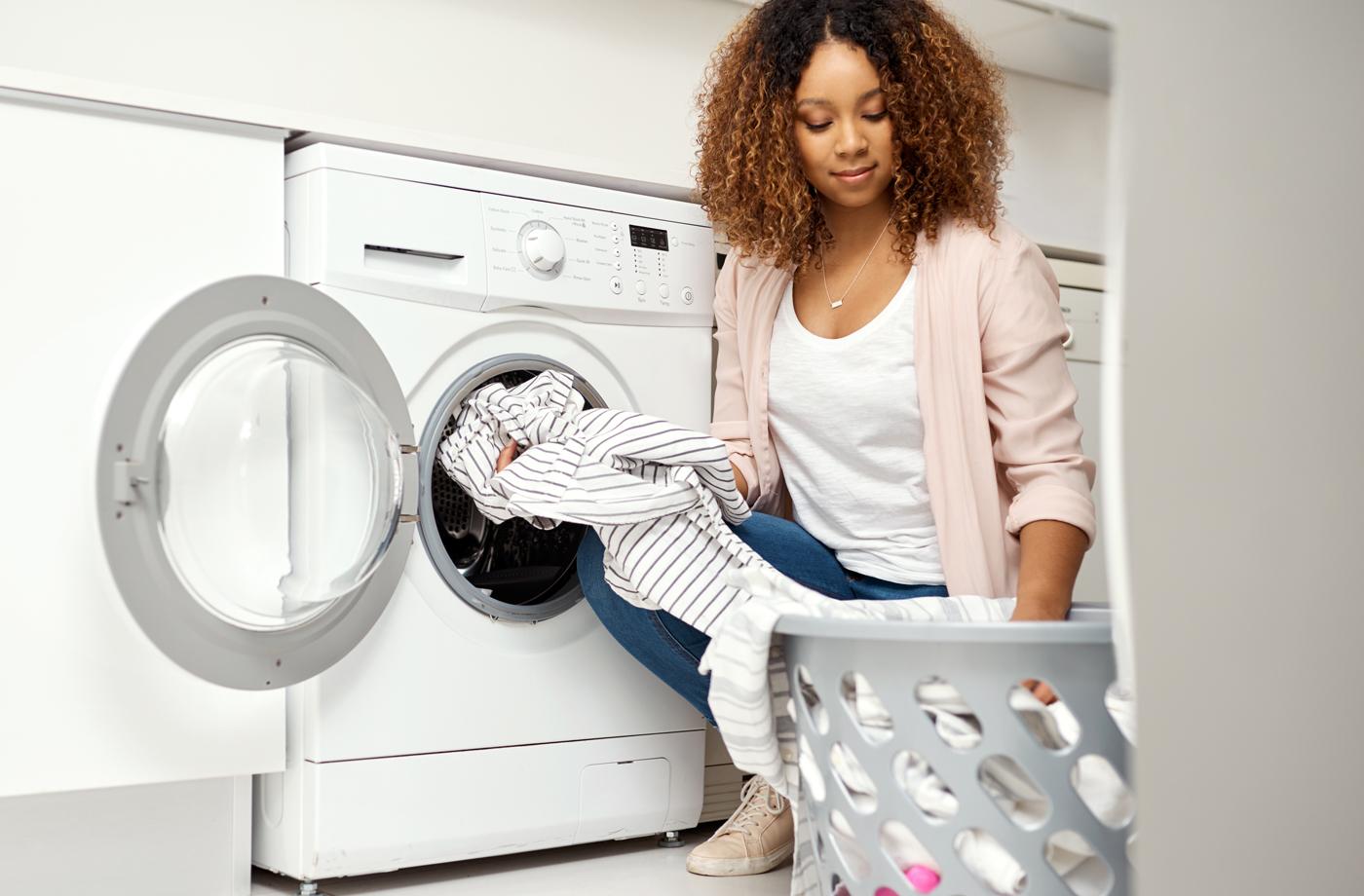 Bacteria were found on laundry cleaned in consumer-grade washing machines at a hospital in Germany.

Experts say energy-efficient home washing machines can be a haven for bacteria because they wash clothes at lower temperatures.

But experts say most of the bacteria concentrations arenâ€™t enough to make people seriously ill. They do suggest occasionally cleaning the inside of your washing machine and drying clothes on lines outside.

Todayâ€™s high-efficiency home washing machines might not be eliminating bacteria as thoroughly as their older, less-efficient counterparts.

This finding comes after a multidrug-resistant pathogen was found on the clothing of infants at a neonatal intensive care unit at a German childrenâ€™s hospital â€” despite all normal precautions being taken to eliminate exposure to such superbugs.

The eventual culprit, investigators found, was in the hospitalâ€™s laundry room.

There the investigators found consumer-grade washing machines instead of the usual high-temperature industrial washing machines typically used in hospitals, researchers reported in the journal Applied and Environmental Microbiology.

Fortunately, the infants were only exposed to the drug-resistant Klebsiella oxytoca pathogen but not actually infected, the researchers said.

Whatâ€™s in your washer?

But the findings raise the question: If the problem is a consumer-grade washing machine, do consumers need to be concerned about harmful bacteria lingering in their machines at home?

The answer is mixed.

â€œThis was a washer in a hospital so it would be exposed to bacteria â€” such as this one â€” that thrive in hospital environments,â€ Dr. Amesh Adalja, a senior scholar at the Johns Hopkins Center for Health Security in Maryland, told Healthline.

â€œThis bacteria is resistant and can cause severe infections but still requires a susceptible host. Many people can be exposed to drug-resistant bacteria and even colonized with them â€” like are many healthcare workers â€” yet have no infections occur,â€ he said.

But in order to save energy, todayâ€™s high-efficiency machines wash clothes at lower temperatures â€” less than 140Â°F.

That means more bacteria survive the washing process, noted Ricarda M. Schmithausen, PhD, a lead author of the study and a senior physician at the Institute for Hygiene and Public Health at the WHO Collaboration Center at the University of Bonn, Germany, in an American Society for Microbiology press release.

In particular, the researchers found bacteria growing in the rubber seals of the washer, which then spread during the unheated rinse cycle.

Few dangers â€” with some exceptions

However, most bacteria are benign or even beneficial.

â€œFor those of us who use cold or warm water wash and efficient short-drying cycles, some hardy germs will be left on our linens and clothes, [but] the possibility of dangerous, resistant bacteria in our washing machines causing disease is very remote,â€ Dr. Bruce Hirsch, attending infectious disease physician at North Shore University Hospital in Manhasset, New York, told Healthline.

â€œWeâ€™re all exposed to bacteria all the time without illness. This story suggests that if a household has a family member with a recent prolonged hospitalization, hot water and prolonged drying should be considered,â€ he said.

Dr. Martin Exner, chairman and director of the Institute for Hygiene and Public Health at the WHO Collaboration Center, University Hospital/University of Bonn, where the research was conducted, concurred in the studyâ€™s press release.

â€œThis is a growing challenge for hygienists, as the number of people receiving nursing care from family members is constantly increasing,â€ he said.

If you live with an elderly relative, vulnerable newborn, or simply want to go the extra mile, you can take certain measures to keep your clothes and washing machine free of the worst bacterial contamination.

Consumers should be especially wary of washing machines kept in humid environments such as garages or sheds, since these are the perfect environments for bacteria to thrive.

And germs such as E. coli, salmonella, and Klebsiella oxytoca can cause pneumonia, skin infections, abdominal cramps, vomiting, and diarrhoea, especially in people with compromised immune systems.

Try wiping down seals in your machine with a 10 percent bleach solution, some experts recommend.

You can also try washing your washer.

â€œIt might seem counterintuitive, but washing your washing machine once a month can significantly reduce you and your familyâ€™s exposure to germs and infections,â€ Metcalf said.

Thereâ€™s no reason to fret over every wash cycle, however. Instead, choose your wash settings on a case-by-case basis depending on how the wash got dirty.

â€œNormal home laundering will adequately remove normal levels of soil. However, if contaminated with blood or bodily fluids, the laundering process should be enhanced with disinfecting solutions such as hydrogen peroxide, bleach, or Borax, and in water thatâ€™s at least 160Â°F,â€ Metcalf said.

READ ALSO:5 ways to get rid of cigarette breath

Many washers have a â€œsanitizeâ€ setting that will bring it up to these higher temperatures outside of its normal wash cycle.

And thereâ€™s a more effective germkiller people can try to keep pathogens away from their clothes: drying them outside on the line.

READ ALSO:Using smartphone in the loo may give you piles