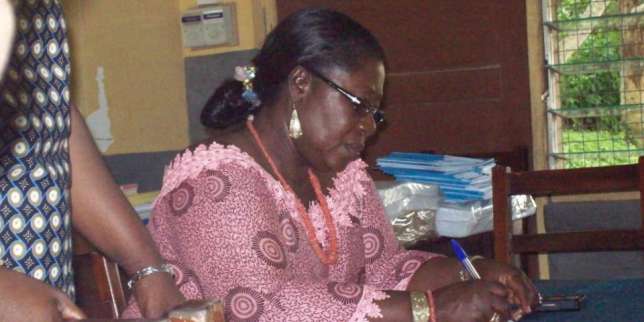 Primenewsghana reported about three weeks ago that Mrs Opare, a former lecturer and Head of the Department of Home Science at the University of Ghana and Country Director of Action Aid Ghana had emerged favourite for the position and true to the report, Mr Akufo-Addo has confirmed her appointment.

Addressing a press conference at his Nima residence in Accra on Wednesday to outdoor the staff of his presidency, the president-elect also named Francis Assenso Boakye and Samuel Abu Jinapor as her deputies and Nana Asante Bediatuo as Secretary to the President.