Akufo-Addo's new ministries are draining the public purse, I'll scrap some off - Mahama 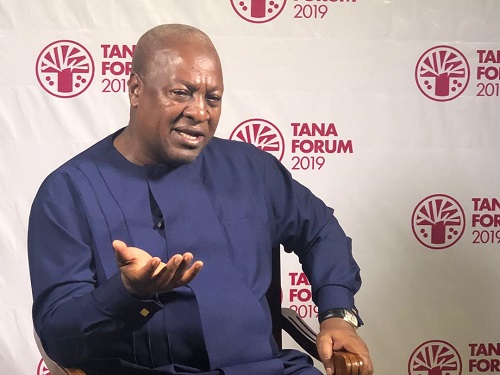 The flagbearer of the opposition National Democratic Congress (NDC), John Mahama says he will scrap some of the new ministries created by the Akufo-Addo administration if the NDC is voted back into power.

The Akufo-Addo administration now has 125 ministers, over 30 more ministers more than its predecessors.

Speaking during a retreat for the party’s election directors in Tamale, Mr. Mahama said: “We are said to have achieved a world record of 125 ministers. Definitely, some of those ministries will go under an NDC government.”

The former President argued that a large number of ministers was a huge drain on public funds.

President Nana Akufo-Addo has consistently justified his “elephant-sized” government, saying: “as you know there are some who say my government is too big and there are too many of you [Ministers]. I am a firm believer in the adage the proof of the pudding is in the eating.”