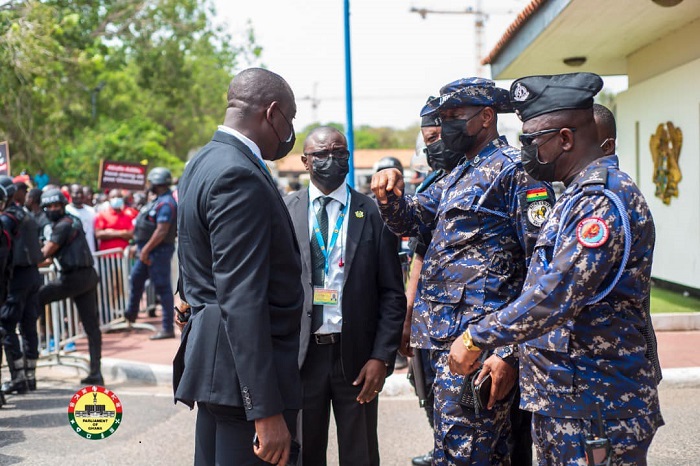 Youth of the opposition National Democratic Congress (NDC) and a group of people including Kayayei, Okada riders and concerned students in tertiary institutions Thursday presented a petition against the Electronic Transaction Bill (E-Levy) to the leadership of Parliament.

The Majority Chief Whip, Frank Annor-Dompreh who received the petition on behalf of the Leadership of Parliament, commended the demonstrators for registering their protest very peacefully without any unfortunate incident.

NDC National Youth Organiser, George Opare Addo, who presented the petition on behalf of the demonstrators noted that as representatives of the people, Parliament must not hesitate to reject the E-Levy when it is re-introduced on the floor of the House.

According to Mr. Opare Addo, the NDC is demonstrating in the interest of many Ghanaians who are against the introduction of the E-Levy even if it is reduced from 1.75% to 1.5%. 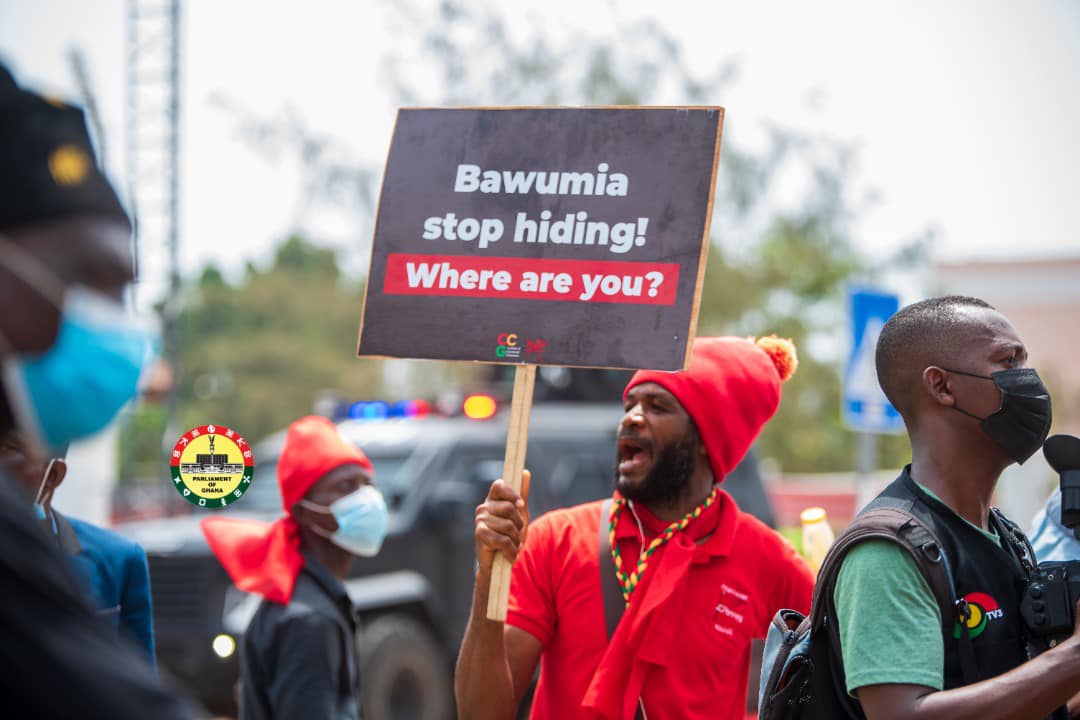 Minority Leader, Haruna Iddrisu, stated that the Minority Caucus has made its stance clear that it will vote against the E-Levy any time it is debated and put to vote on the floor of the House. 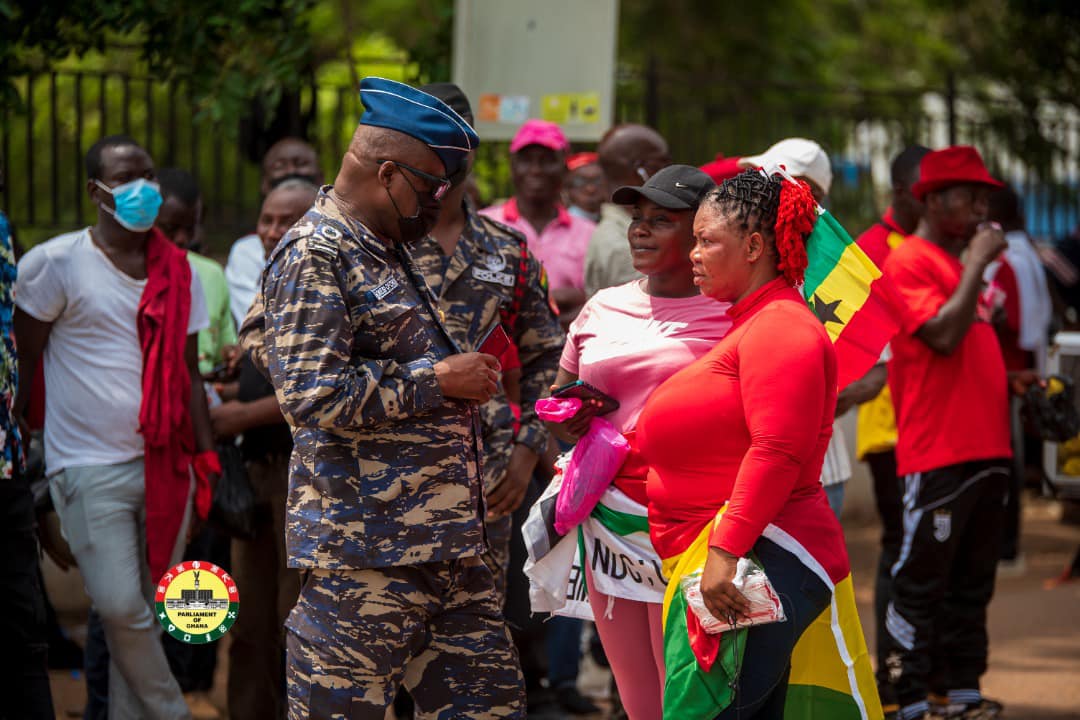 The youth of the NDC who demonstrated on some principal streets of Accra before ending it at Parliament House also registered their displeasure against the government’s inability to resolve the ongoing University Teachers Association of Ghana (UTAG) strike action that has lasted for about a month.

Watch more photos as the demonstrators got to Parliament after the huge demonstration on Thursday, February 10, 2022. 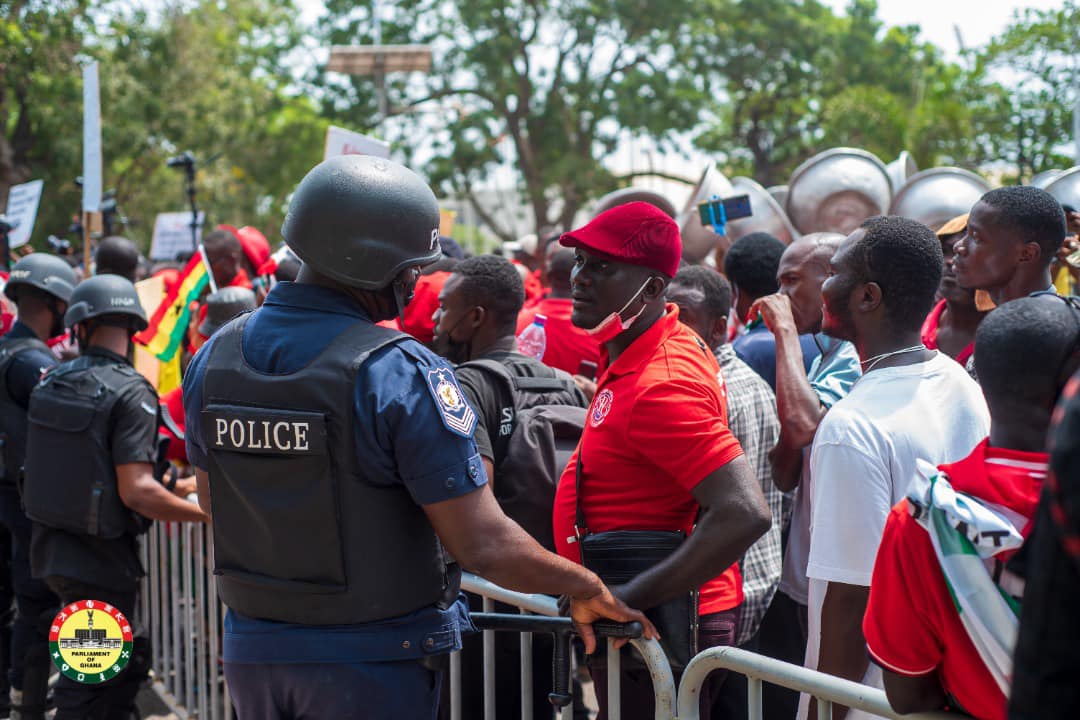 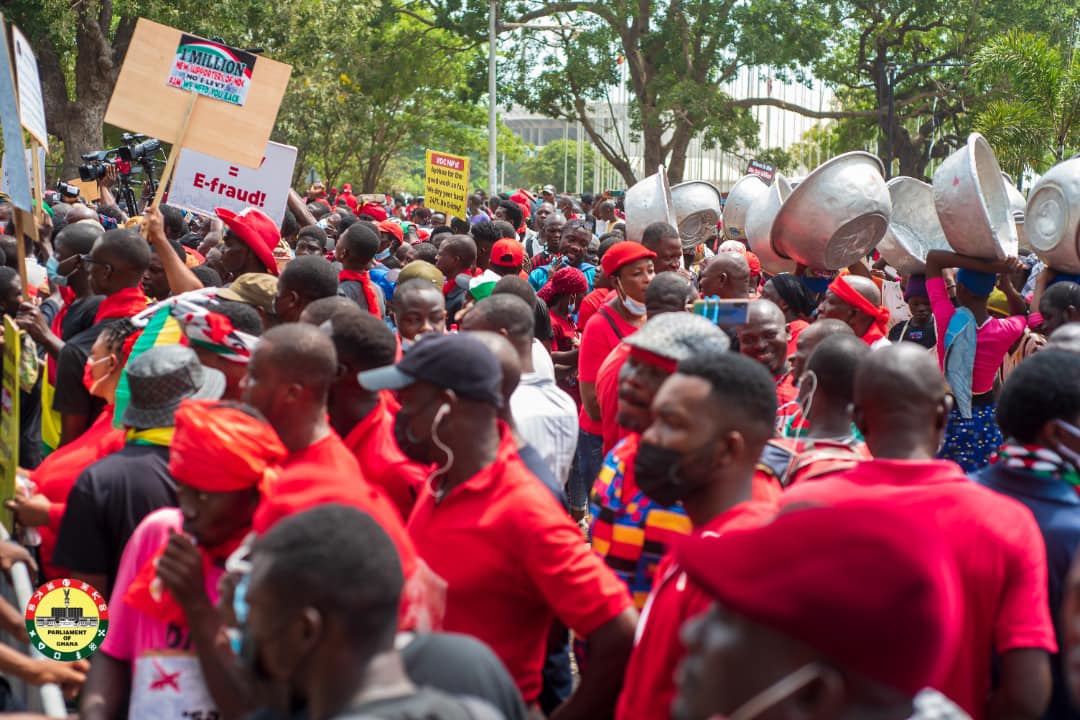 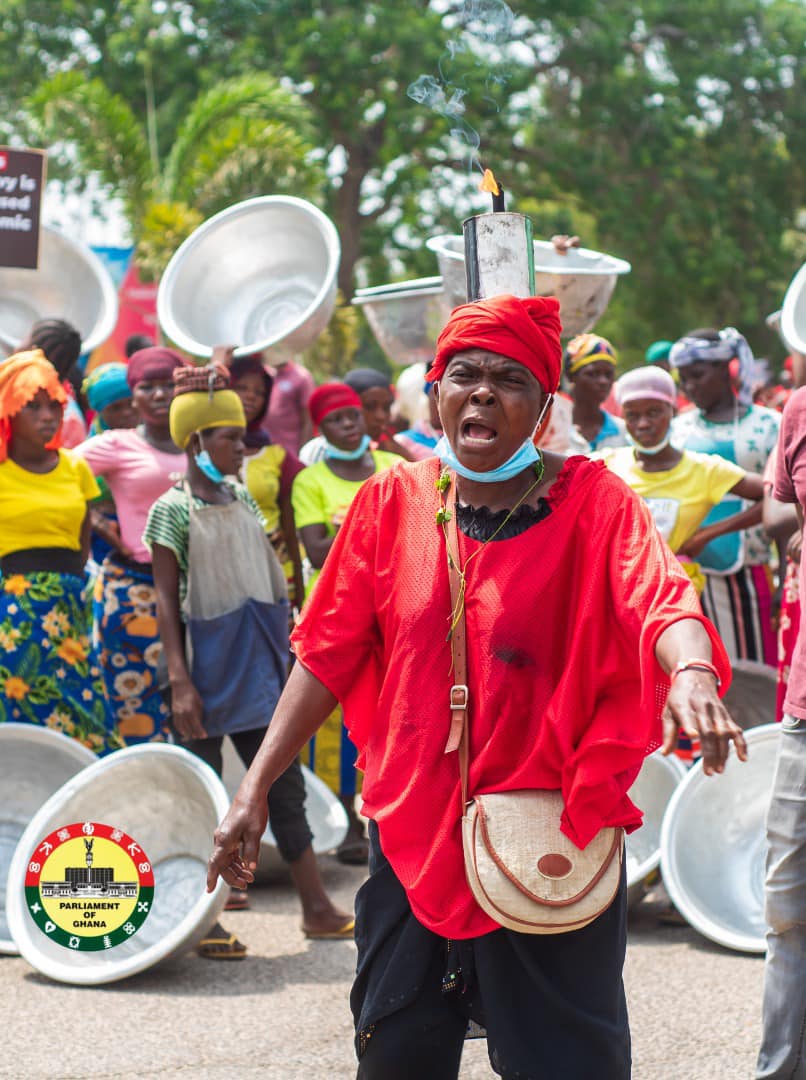 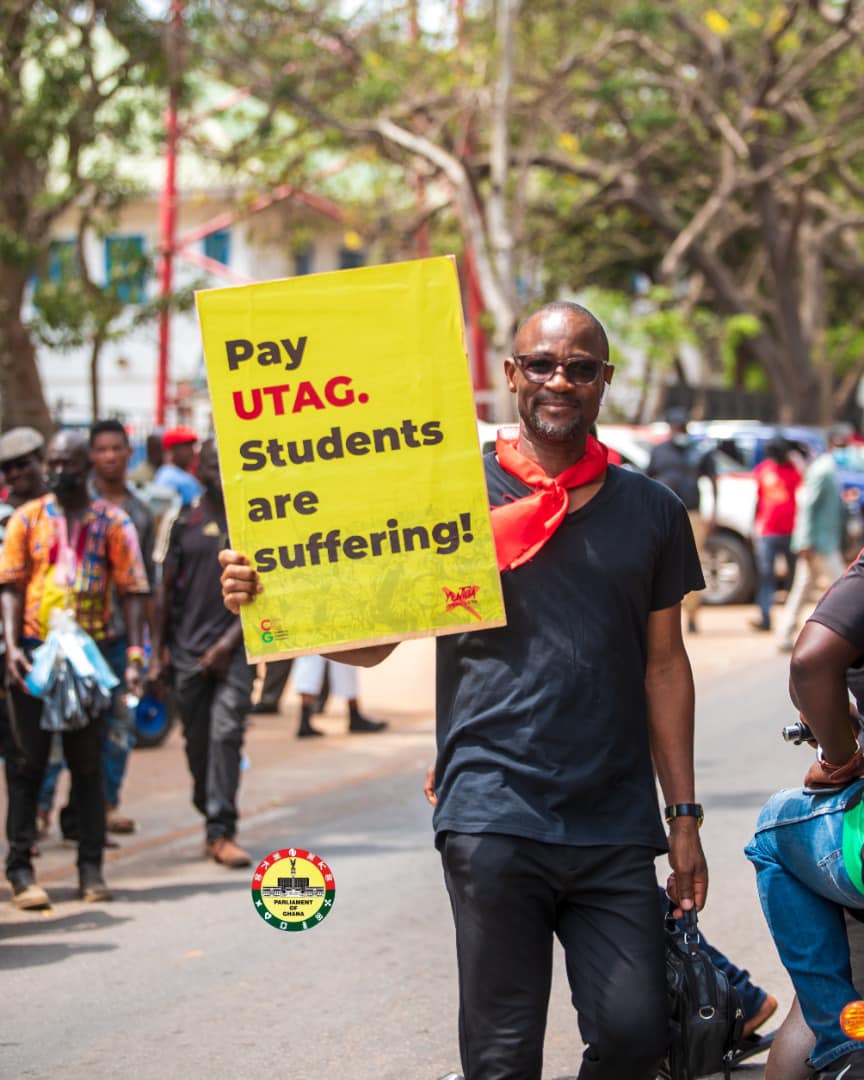 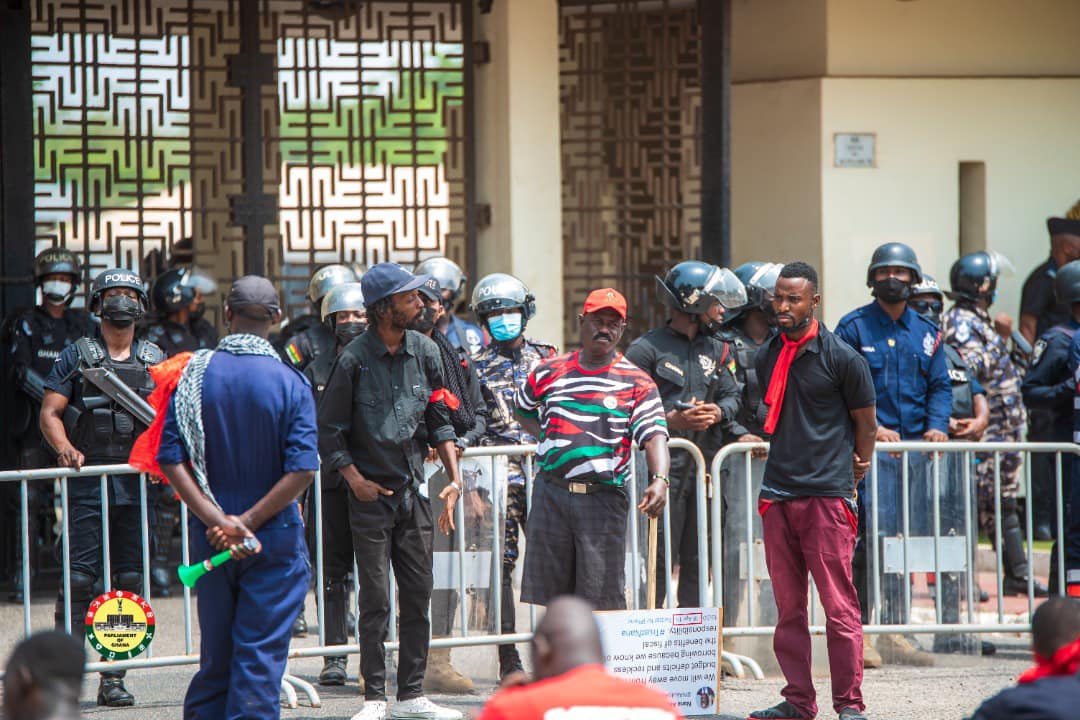 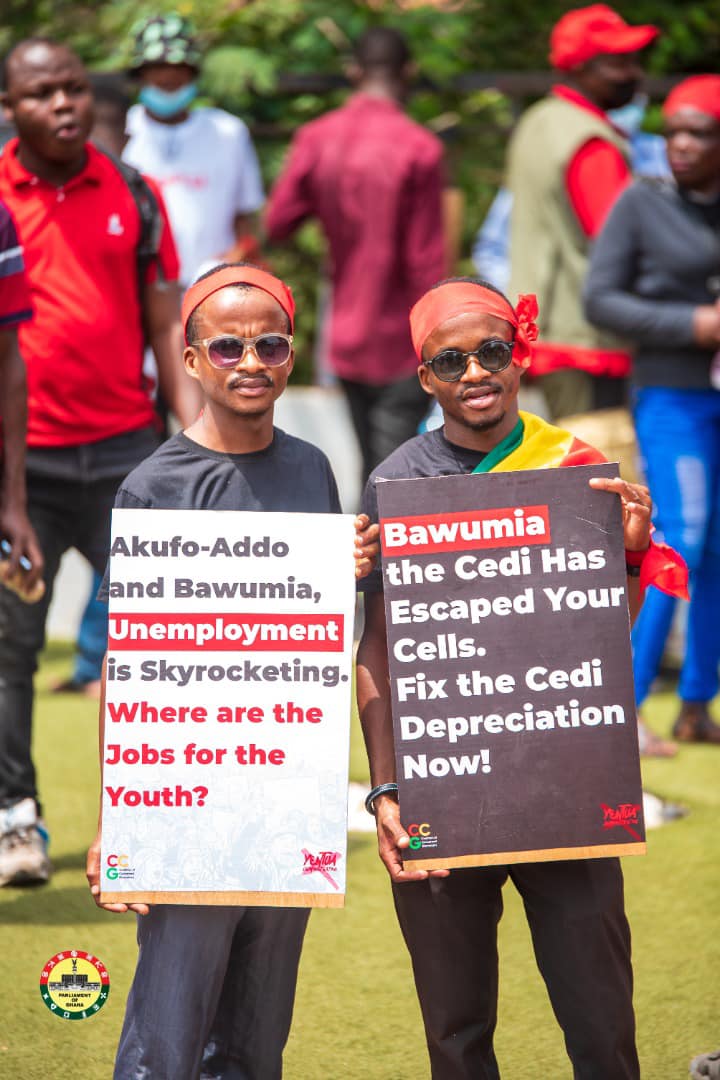 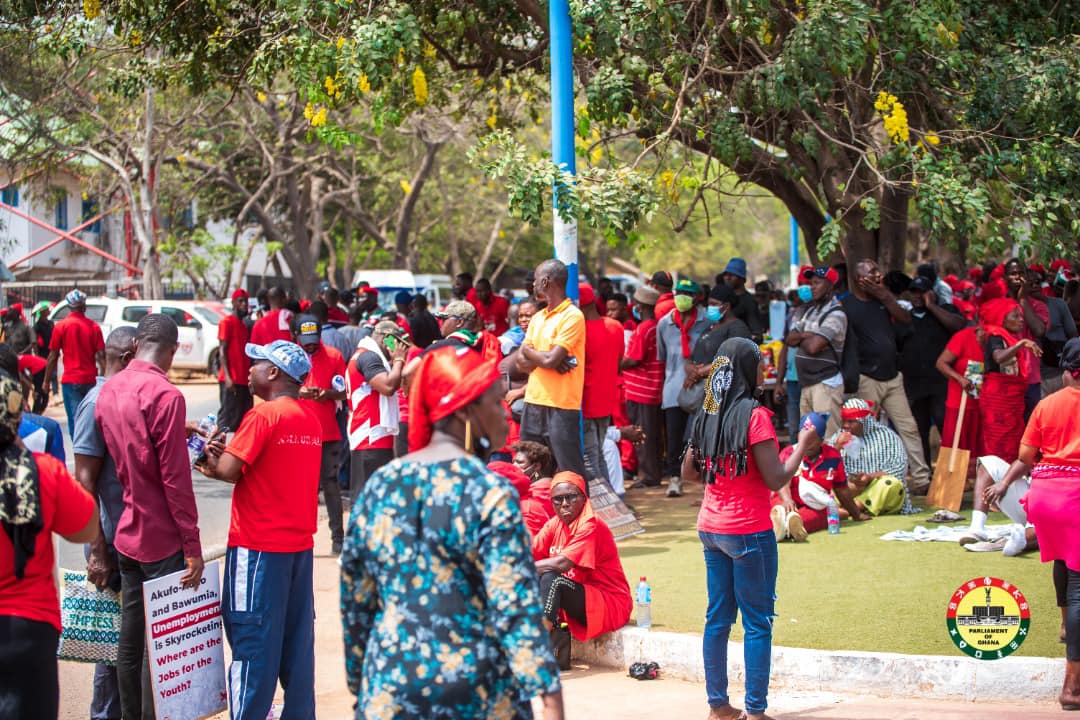 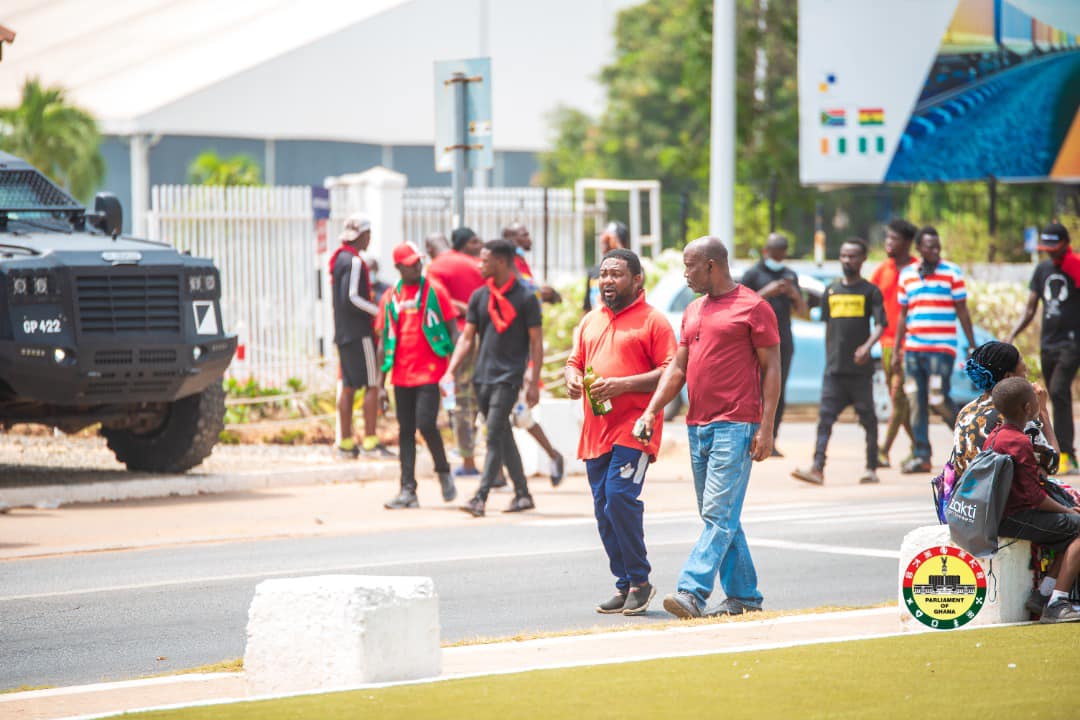 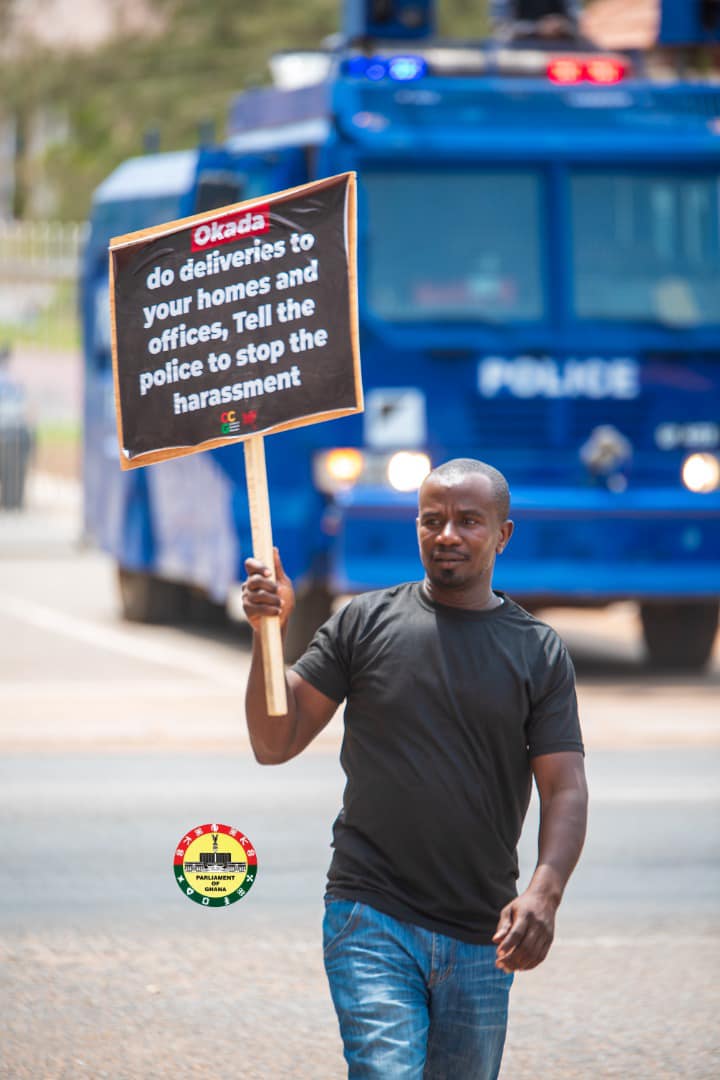 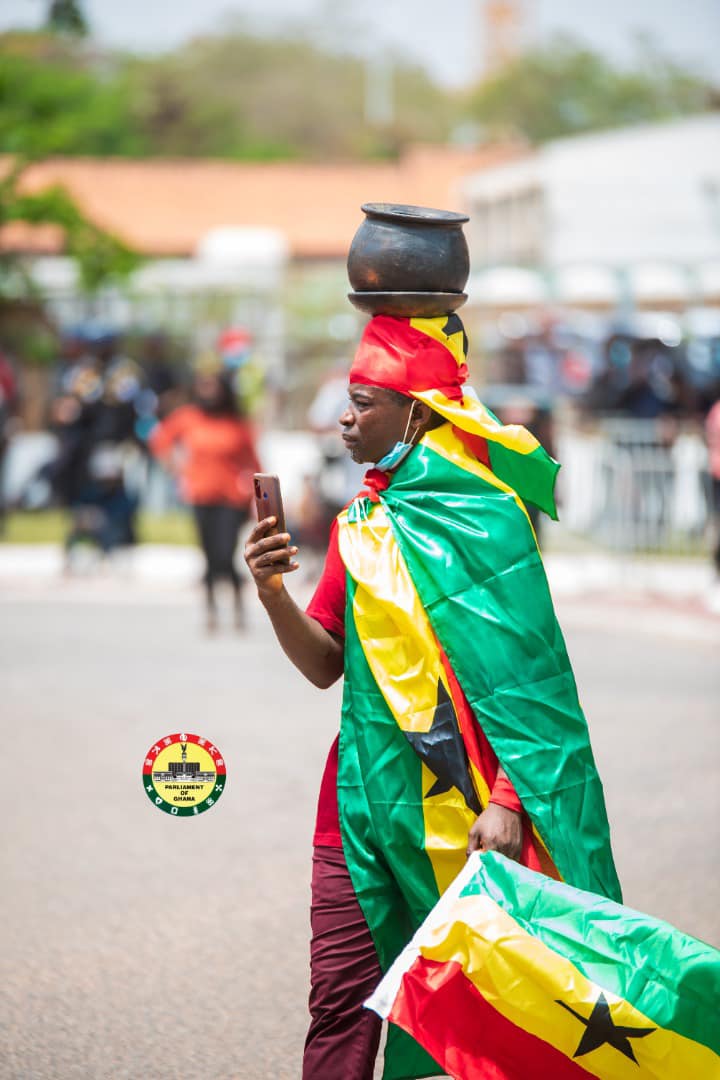 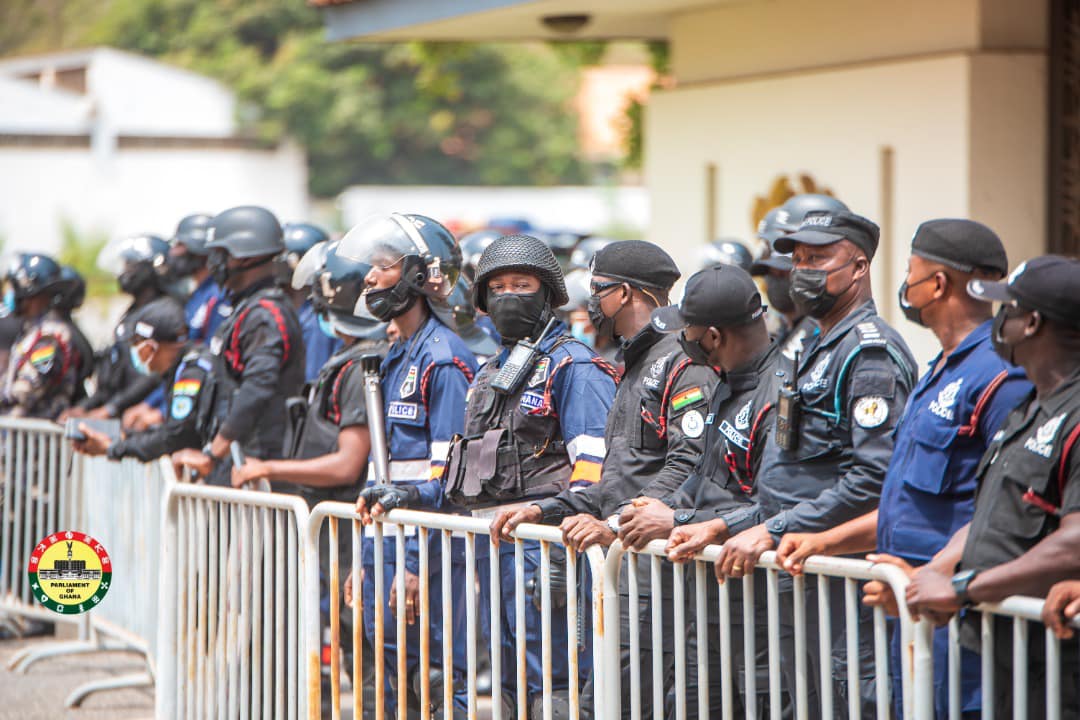 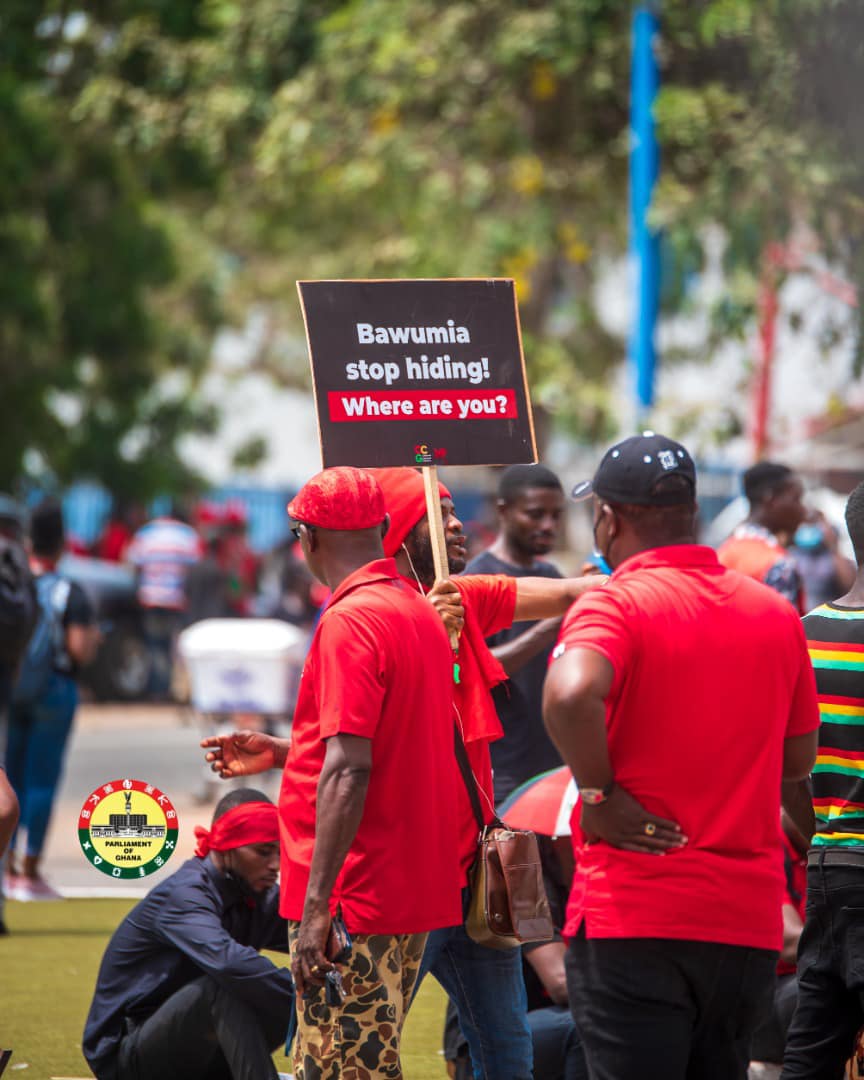