Arrogant behaviour from appointees will end us in opposition - Sammi Awuku 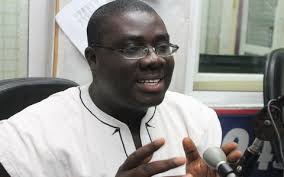 The National Youth Organizer of the New Patriotic Party (NPP), Sammi Awuku has urged all future appointees of President-elect Nana Akufo-Addo to desist from arrogant behaviours as it will cause their defeat in the next general elections.

The New Patriotic Party (NPP) emerged victorious in the 2016 general elections as Nana Akufo-Addo was elected as the new president of Ghana.

Speaking to Peace FM, Sammy Awuku stated that the NPP risks going back into opposition after only one term of Akufo Addo’s government if arrogance drives the actions of his appointees.

According to him, Ghanaian electorates have taken a decision to punish any government whose officials exhibit arrogance over them as they demonstrated by voting out the ruling NDC government in the December 7 general elections.

“Let’s learn a lesson from the arrogance of the NDC appointees for which they were punished during the elections. NPP should be modest even in government, Ghanaians have taken a decision that in spite of the amount developmental projects a particular government carries out, if appointees in that government exhibit signs and acts of arrogance, that party is voted out of power. That is a very good decision adopted, they know that the power belongs to them and can take back power at any given time."