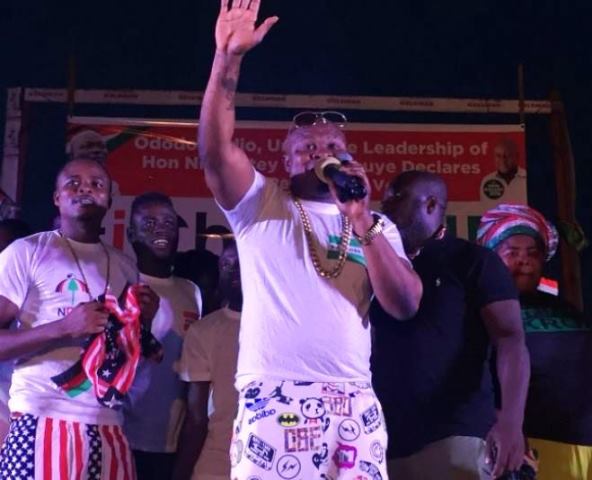 Braimah Kamoko popularly known as Bukom Banku has unveiled a campaign song for the National Democratic Congress (NDC) at the Bukom Square in Odododiodio Constituency of Greater Accra on Sunday night.

At a youth rally organised by a political campaign movement calling itself “I Choose JM”, Bukom Banku received a rousing welcome by the teeming youth at the rally grounds.

Banku's song used a similar beat like that of Bisa K'dei's hit song Mansa. The crowd sang along with him as he touted President John Mahama's achievement and victory in this year's elections .

The event attracted audience from Bukom and its environs.