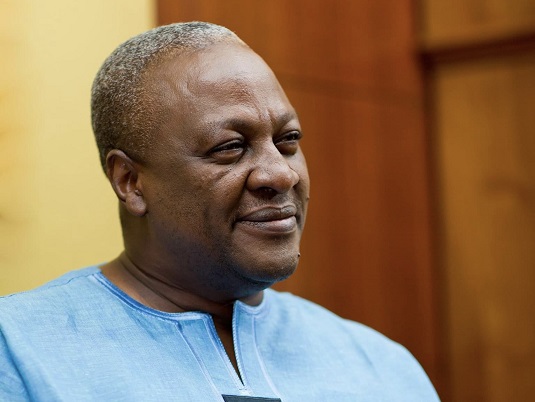 For the records, the Democrats have pulled off a midterm election in the United States. Democrats have retained the Senate and controlled it; the margin not relevant.

The stakes were high in the midterm elections but Americans kept faith in Biden’s administration with the hashtag ‘Restoring Democracy’.

Not even the escalating inflation, the war in Ukraine and the anxiety of global economic turndown could sway Americans to align themselves with the Republicans in the Midterm elections.

CNN anchor of the New York Stock Exchange, Alison Kosik, reported that ‘the red wave has become red ripple’. Many Trump-endorsed candidates lost miserably. Despite this, Donald Trump has announced his bid to return to the White House in 2024. It must, however, be emphasised that President Grover Cleveland is the only American President to have lost in his second bid and returned to the White House four years later.

Predicting election outcomes have become complicated recently by the stunning comebacks of Brazilian President, Lula Da Silva, and Israeli President, Benjamin Netanyahu. Unpredictability seems to be creeping into the global political scene. Science and statistics have a widening margin of error.

In October, Former Brazilian President Lula da Silva was re-elected by a razor-thin margin in a runoff presidential election against Jair Bolsonaro, whose supporters had been confident of victory.

Da Silva's political career has been clouded by scandals and controversies.

In July 2017, he was convicted on charges of money laundering and corruption in a controversial trial and sentenced to nine and a half years in prison. The Supreme Court ruled in his favour on procedural and technical grounds, allowing him to return to society.

Lula, who served two terms in office between January 2003 and December 2010, was/is loved by many Brazilians. He left office with an approval rating above 80 per cent. Then-US President Barack Obama called him “the most popular politician on Earth”. And for his exemplary work, he shared the 2011 World Food Prize with former President John Agyekum Kufuor of Ghana. Could that be said of former President John Mahama who is staging a comeback to the Jubilee House?

When Benjamin Netanyahu lost his job as Prime Minister in June 2021, after serving for 12 years in a row, people thought that was the end of the road, but no, it was a blip. Netanyahu has returned to power.

The substantial state resources available to African incumbents during their second term likely contribute to their sense of complacency. Two Africans, Jonathan Goodluck of Nigeria and Joyce Banda of Malawi, were sucked into that vortex of credulity. Did John Mahama experience the same complacency in 2016?

The upcoming general election in Ghana is seen as a crucial test for its democracy, which has been uninterrupted and stable but fragile since 1992. Two major political parties, the National Democratic Congress (NDC) and the New Patriotic Party (NPP) have dominated the electoral landscape leaving other political parties in the zero zones of electoral fortunes.

The 2024 election is critical in light of the fact that no political party in Ghana has been able to exceed the two-term, four-year mandate limit since the constitution's adoption in 1992.

The NDC began the 1992 Constitution with President Jerry John Rawlings. After two terms, the NDC lost the 2000 elections paving way for the NPP for the first time to experience governance with President Kufuor, who also, completed his mandate with the party with two terms.

Even though economic achievements ostensibly favoured the Kufuor’s administration, Ghanaians voted his party out and gave the mandate to the NDC again under the leadership of President J. E. A Mills.

Unfortunately, President Mills became the first incumbent President and so far the only President to pass away in office and his Vice- President, John Mahama, was sworn in as President.

President Mahama won the 2012 elections but lost in his second bid in 2016 as Nana Akufo-Addo was elected President after a spirited campaign, which ended the two-term mandate of the NDC.

The opposition NDC has been bitter about their loss since 2020, when they took their claims of a rigged election to the Supreme Court, only to have their case dismissed for lack of substance and proof.

Therefore, by arithmetic, both parties have enjoyed 16 years of constitutional mandates since 1992. The playing field is now levelled. Ghanaians are now fully aware of the strengths and weaknesses of both parties, as well as their achievements and deficiencies, and they are heading into the next elections with their own evaluation of each party's performance during the previous 16 years.

Who will break the 8 for the NPP or who will win power for the NDC?

The NPP has already introduced the catch-phrase ‘Breaking the 8’, indicating their readiness, conviction and determination to go more than the conservative two-terms.

Former President Mahama is subtly campaigning in all nooks and crannies of the nation to win the 2024 election. The internal challenge from former Finance Minister, Dr Kwabena Duffour, is seen as a façade with no apparent threat to Mahama’s campaign. The agenda of Kojo Bonsu, a former appointee of ex-President Mahama, seems a bit skeptical and daunting. Between now and 2024, ‘NDC is Mahama and Mahama is NDC’. For better or worse, almost everything about NDC now revolves around Mahama.

A few will dispute the fact that he is the most popular, charismatic and empathetic, but unlike Brazilian’s Lula Da Silva, Mahama exited the scene with a low approval rating, faced challenges of the high cost of living, inflation and pathetically erratic supply of electricity, which connoted the name ‘Dumsor’. The economic situation in Ghana today has plunged further into the abyss with the variables being the fallen currency, high inflation and high cost of fuel, which has cumulated into escalated prices of food and consumables.

The writer is a Broadcast Journalist