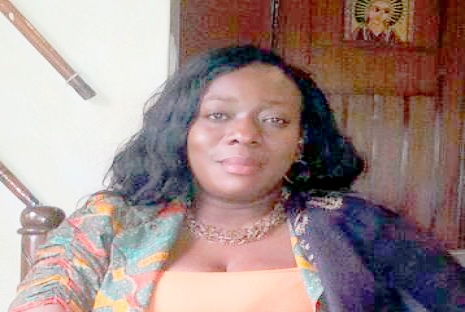 Member of Parliament-elect for Evalue-Gwira constituency in the Western region, Catherine Abelema Afeku has emerged as the third female high-profile appointee in the government of incoming president, Nana Addo Dankwa Akufo-Addo.

According to reports, Ms Afeku is highly tipped to take over from Elizabeth Ofosu-Adjare as the Minister of Tourism, Culture and Creative Arts.

Mrs Afeku who served as MP from 2009 to 2013 but lost the 2012 elections until her re-election in the December 2016 polls is the third female to be named after Frema Osei Opare and Hajia Alima Mahama.

While Mrs Opare, former MP for Ayawaso West-Wuogon in the Greater Accra Region and Deputy Minister of Manpower and Employment under the Kufuor government is expected to become the first ever female Chief of Staff and Hajia Alima Mahama, MP-elect for the Nalerigu-Gambaga Constituency in the Northern Region, also a former Minister of Women and Children Affairs in the Kufuor administration is returning to cabinet as the Minister for Local Government and Rural Development.

The official list of appointees in the Akufo-Addo government is expected to released after his swearing-in on Saturday, January 7, 2017.