Covid-19 : How opposition political parties are preparing for this year's general election 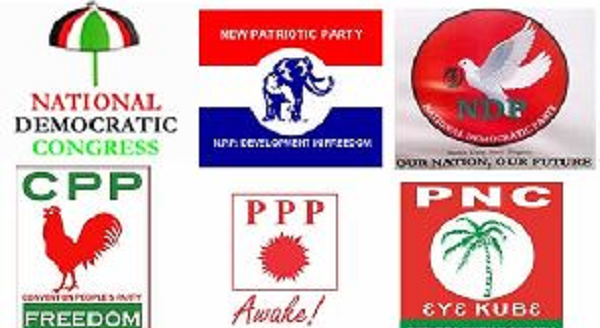 Due to the outbreak of the Covid-19, the government has placed a ban on social gathering including political gatherings.

In an election year, this has negatively affected the political parties in the country because they now have to resort to virtual platforms for their activities.

19 more recoveries have also been confirmed, increasing the number to 1,773.

Chairman for the PNC Bernard Monah explained that they have now moved their activities online.

He said most of their conferences are now being held online to elect reps for the constituencies.

"We have resorted to the virtual space where we are using the cloud to undertake most of our activities. Right now we communicate and hold meetings on the cloud and we make decisions there off. We have started to conduct some conferences that is regional conferences on the cloud so that at the end of the day the persons so elected from the various constituencies will now represent at the regional and national delegate congress. What the PNC is doing is that we are exploring the possibility of doing a virtual national delegate congress..."

CPP General Secretary James Kwabena Bomfeh also said the party is preparing for the election and he believes the will be very competitive in the upcoming election.

"So the CPP is working and functioning, I want to believe that when all is set and done we will be out there competing with the best people based manifesto which will resonate with the people of Ghana. For we have maintained that at the architect of the Republic Ghana we know we are the best builders and what NPP and NDC have sort to do are only being to mimic our examples to which they have failed to copy very well."

Leader and Founder of the Liberal Party of Ghana, LPG Kofi Akpalu also stated that they are ready for the election.

"I will say we are ready for the election just because of the Covid-19 that has caused us to old up a little if not we would have gone round the whole country by now to send our message because the few people that we are able to reach they received us very well. We are ready."