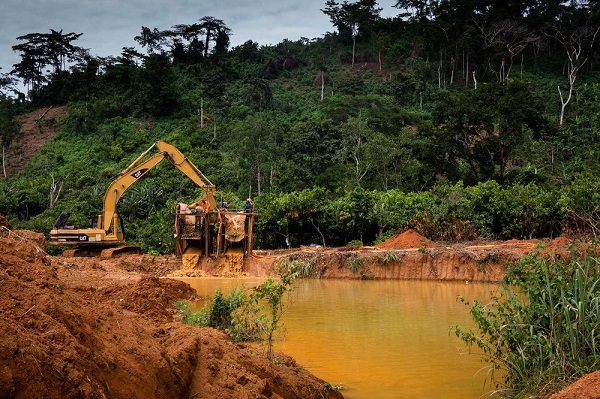 The Member of Parliament (MP) for Ningo-Prampram, Mr. Sam George has called on President Akufo-Addo to deal with his own appointees first if he wants to tackle illegal mining.

Sam George says the President must do a house cleaning first because most of his appointees and party executives are involved in the menace.

His comments come after President Akufo-Addo said the fight against illegal mining (Galamsey) must not be based on partisan politics.

READ ALSO:Â Fight against illegal mining must be devoid of partisan politics - Akufo-Addo

â€œMr. President, it is your party national executives and regional executives, your party people, your presidential staffers, your former ministers who are engaged in the galamsey menace. They are the people carrying out small-scale mining and destroying our water bodies. So Mr. President, put your money where your mouth is. If you want to fight galamsey, deal with your own appointees and stop giving us soundbites and give us real action.â€

â€œThe truth is that Mr. President, it is your party people who are doing the galamsey. Nobody in the NDC is engaged in it because we donâ€™t control the security agencies that are protecting these illegal miners. We donâ€™t manufacture excavators in this country, they all come through the port. So who is giving permits for those excavators to be imported? If the government is really committed to fighting the menace, canâ€™t the government place a ban on the importation of all excavators?â€

There's is currently an ongoing National Consultative Dialogue, a forum the President is hopeful will come out with a better roadmap for dealing with galamsey activities once and for all.