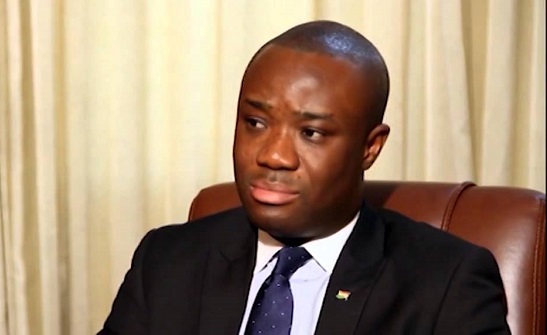 Former Deputy Minister of Communications under the Mahama administration, Felix Kwakye Ofosu has described the Deputy Attorney General's comments on the Airbus scandal as diversionary propaganda.

He urged Ghanaians to brush those allegations off. Mr Godfred Dame who is the deputy AG today called out former President John Mahama to break his silence on the Airbus scandal because the transaction happened under his tenure.

Mr Kwakye Ofosu speaking to Joy News said there are several questions the government must answer concerning some scandals but have decided to jump on the Airbus issue just to divert attention.

"Godfred Dame's pronouncement constitutes nothing but diversionary propaganda which must be promptly dismissed. This is just a tactic from a government that is wallowing in abject corruption. Where did this government derive their sudden quest for accountability and probity?, Has the President told us what happened in the Australian scandal, has he told us what went on in the PDS deal. There are issues in front of them but they are not able to disclose information yet they chose to jump unto the propaganda bandwagon and make claims that are completely false."

Mr Dame revealed that officials of the erstwhile Mills-Mahama administration are not co-operating in the ongoing investigation despite the various roles they played in the transaction.

He called out John Mahama to break his silence on the matter for the purposes of accountability.