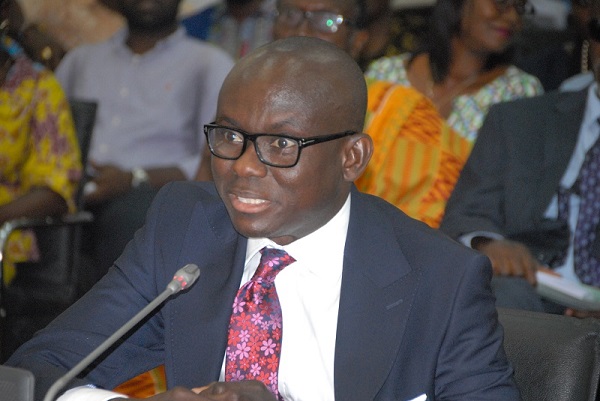 The Deputy Attorney General Godfred Yeboah Dame is lamenting the slow pace of investigation into the Airbus bribery scandal.

He revealed that officials of the erstwhile Mills-Mahama administration are not co-operating in the ongoing investigation despite the various roles they played in the transaction.

President Akufo-Addo recently wrote to the Special Prosecutor to commence investigations into the matter when the scandal first broke.

READ ALSO:Â Bribery, use of public office for private profit will be subjects of my investigation - Martin Amidu on Airbus scandal

Mr Dame is however surprised that the people involved have not come clean to Ghanaians about the roles they played, he made this known at a High-Level Anti-Graft meeting today in Accra.

"There has been some collaboration between other countries in respect to this Airbus issue and I even alluded to the fact that Ghana sits at the heart of it so we are doing all we can to get to the bottom.

He also spoke to Joy News where he said: "The identities of the government officials mentioned in the scandal is quite clear. One important lesson to be drawn from the scandal is the prosecution process. There is a reluctance from certain persons to admit the fact. The key government actors who engaged in the transaction are still around and I insist there was a Vice President who later on transformed into a President and he is around and still campaigning to hold public office and I am saying in accordance to accountability even if he was not involved, he ought to open up to the full fact because the transition occurred under his tenure".