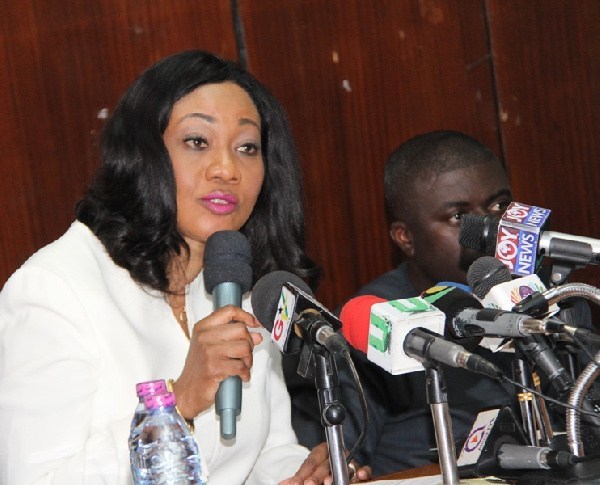 The Inter-Party Resistance against the New Voters' Register is accusing the Electoral Commission (EC) of disrespecting the Eminent Advisory Committee with its decision to announce a date for the beginning of the registration.

The Electoral Commission said it will begin the registration on April 18 in spite of the recommendation by the commission's Advisory Committee to engage stakeholders to ensure consensus on the issue.

The move by the EC has not gone down well with the Inter-Party Resistance against the New Voters' Register comprising with the NDC and other political parties as they accused the EC of showing bad faith by going ahead to declare April 18, as the beginning of the compilation of the new register without recourse to a planned engagement of stakeholders at a meeting scheduled for 30th January.

In a statement issued and signed by the National Chairman of the group, Bernard Mornah indicated that :

''In a meeting of the resistance held yesterday, we took a disturbing note on the EC's declaration of April 18 as the beginning of the compilation of the new voters' register and its subsequent publication in the state media without the recourse the planned engagement of stakeholders at a meeting scheduled on January 30. This we consider not only an act of bad fate, but also an act of disrespect and disregard to the EC's own established committee of Eminent Advisors''.

READ ALSO: EC has refused to listen to the cry of Ghanaians - Hassan Ayariga

The group initially withdrew its earlier announcement of the momentary suspension of the protests, but the group in the statement further stated that they have resumed protests against the new register

“We recount for the purpose of emphasis, the Resistance announcement at the ‘Y3npini’ demonstration in Kumasi last Tuesday, to suspend our planned public manifestation in Accra for one week pending the engagement with the EC, as a sign of good faith to the EC, respect to the ECs Committee of Eminent Advisors and a show of immense regard to His Eminence Otumfuo Osei Tutu II, the Ashantihene, who have requested for calm as they mediate the impasse''.

“It is our considered view that, the EC is taking the anger of the people for granted by spiting the good conscience of the Resistance in the invitation of political parties to a meeting with the Committee of Eminent Advisors for further deliberations on the said matter and yet going ahead to announce a date for the commencement of same''.

“In view of the conduct of the EC, the Resistance wishes to announce our inability to oblige with the earlier announcement of the momentary suspension of our public manifestations and further declare that, we shall proceed with the series of mass actions earlier outlined. We shall in due course announce the form, venue and dates for such actions to drum home further the need to speedily drop this dangerous and wasteful thought of compiling a new register.”