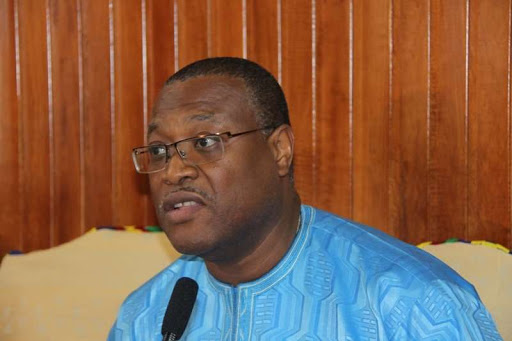 The Deputy Campaign Manager of the National Democratic Congress (NDC) Alex Segbefia says the Electoral Commission (EC) must carry out a further mop-up exercise when borders are opened.

The Electoral Commission (EC) has announced dates for their planned mop-up exercise.

According to the EC, this exercise will take place on August 8-9 2020.

Mr Segbefia believes another should be done when borders are reopened because there are still many Ghanaians stranded abroad.

"Some people have been disenfranchised but we hoping to encourage people to participate in the mop-up which is scheduled for the weekend. We are also hoping that the EC will contemplate doing a further mop-up when the borders are opened because there are several Ghanaians on both sides of the political divide who are stuck in different countries through no fault of theirs, so once borders are opened they should be allowed to participate".

He further said the ongoing voter’s registration exercise has raised ethnic tensions in the country.

Alex Segbefia says the Electoral Commission’s (EC) “has gone through an exercise that has raised ethnic tension” in the country as it gets people on the electoral roll.

The Electoral Commission will today August 6, 2020, end their normal registration exercise and will begin a mop-up for those who could not register.

Chairperson of the Electoral Commission Jean Mensa speaking at a press conference on July 27, 2020, said it is not going to be a nationwide exercise but will only be done at selected places upon the information they receive from their officers.

This exercise will be held at the Electoral Commission's district officers and will not be held openly.

At least 15.1 million Ghanaian voters have been registered as of Saturday, August 1, 2020.

The figure means that the EC has already crossed its projected 15 million mark.

This will account for the significant portion of the projected 17 million figure of Ghanaians currently over the age of 18.