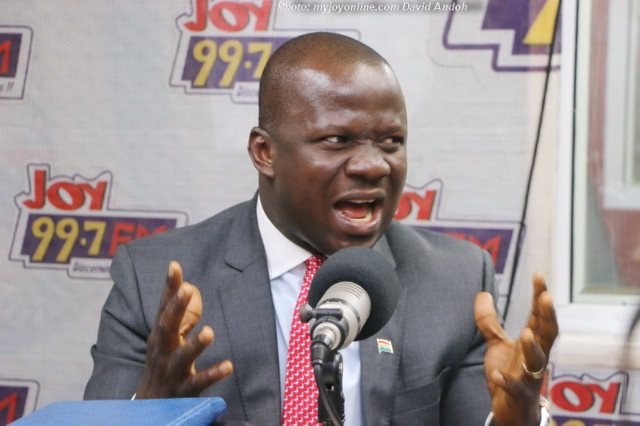 Minister for Lands and Natural Resources Samuel Abu Jinapor says the 2020 election results from some mining areas clearly showed Akufo-Addo placed his Presidency on the line.

The President in 2017 said he is prepared to put his Presidency on the line in his avowed quest to fight illegal mining, otherwise known as galamsey.

READ ALSO: Fight against illegal mining must be devoid of partisan politics - Akufo-Addo

Some have criticised the President for not sticking to his words and illegal mining has become more rampant than ever before.

Mr Jinapor when questioned by the host of Newsfile on Joy FM Samson Lardy Anyenini over that statement, said the President indeed stuck to his words and the results that saw the New Patriotic Party (NPP) lose the election in most of the mining areas goes a long way to confirm that.

"When the President said he puts his Presidency on the line he meant it. Just check the results of the 2020 elections. Clearly almost all the constituencies in the mining communities NPP lost. He could have decided to look elsewhere and allowed Illegal mining continues and protected his Presidency".

Recently the President said the fight against illegal mining (Galamsey) must not be based on partisan politics.

President Akufo-Addo has said campaign being waged against illegal mining was not for the present generation alone but for posterity, adding: “I have great confidence in the Ghanaian people and their traditional leaders. They will always stand up during critical times.”