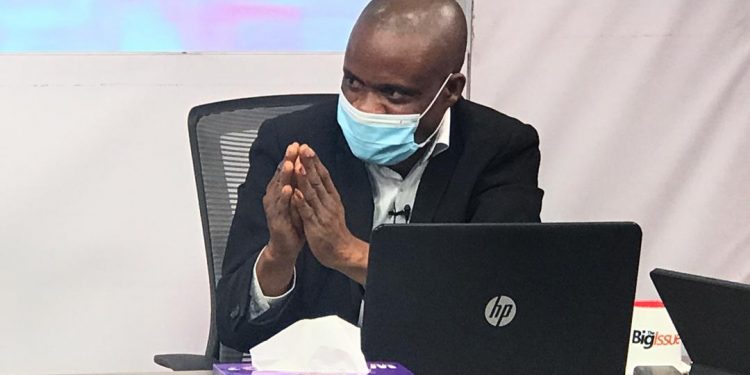 A member of the National Democratic Congress (NDC) collation team, Dr. Justice Moses Aheto says if the Electoral Commission had added results from the disputed Techiman South constituency the election would have gone into a run-off.

The party strongly believes the addition of that constituency’s figures could have led to an outright second round since the president-elect, Akufo-Addo of the New Patriotic Party (NPP) would not have obtained the 50 percent plus one vote to be declared the winner of the polls.

Speaking on The Big Issue on Citi TV, Mr Aheto the EC’s irresponsible exclusion of the results of the Techiman South constituency in the Bono East Region in the computation of the final results is wrong.

READ ALSO: We will not accept anything short of the legimate result - Mahama

He explained the party’s independent calculations based on the EC’s own data suggest that assumingly adding all votes cast in the constituency to that already obtained by its candidate, John Mahama as stated by the EC, would have pushed the presidential elections into a runoff.

“The EC made it clear that they have not added Techiman South figures which is 128,018 and said even if they give the whole of that to Mahama, there was no way, he would have won. But if you do the percentage computation, Nana Addo would have obtained 49.265% while Mahama would have obtained 46.76% of the valid votes cast. This is a straight run-off. This is where the issue is. One of the strong but very irresponsible statements they made was that the [excuslion] does not change the percentage stated for each candidate and the declaration made by the chairperson. No matter what, once you change the denominator, you can’t get the same percentages”, he argued.

Results of the polls were declared by the EC without that of the disputed Techiman South constituency explaining that even if all the votes in the area were added to the results of John Dramani Mahama, it would not have changed the outcome of the presidential election.

The EC then did a revision of the total valid votes declared by the Chairperson, Jean Mensa, who announced wrong figures for the valid votes cast as well as the percentage votes of the president-elect, Akufo-Addo.

The credibility of the results released by the electoral management body has been questioned by a section of the public following arithmetic disparities in the presidential results.

Meanwhile the says they will not accept the results of the 2020 general election.