GCPP's Henry Larty advises Mahama not to go to court 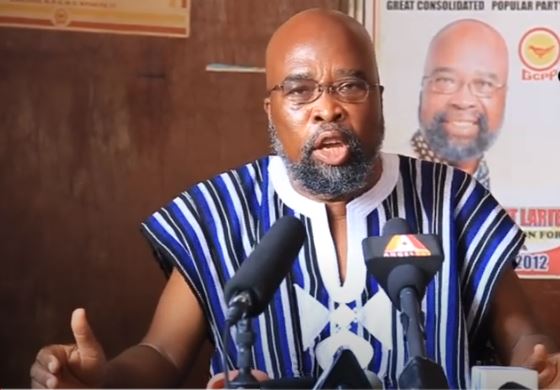 Dr Lartey who doubles as the Secretary-General for the West African Association of Political Parties said “Mahama is been pushed to do what he is doing, I have no idea of who is behind this; he wouldn’t want to do this at all. I may be wrong but I have a feeling that there is a caucus that is pushing him. You’ve lost the election, he shouldn’t go to court; it’s a waste of money.’’ He stated.

He, therefore, expressed worry over Mr. Mahama’s unwillingness to host some flag-bearers who have already conceded defeat to discuss the way forward to maintain peace in the country.

“The presidential candidates, those of us who conceded have come together to maintain peace, we are trying to engage the former president but we were not able to see him. This is not the Mahama I know, he is a very open person but what is happening is not good for his reputation.

“We were a team of Six including myself, Dr Hassan Ayarigah of APC, Ivor Greenstreet of the CPP, David Apasare of PNC, JOY 2012/16, and Kofi Akpalu of IPG, we tried to meet him…. If the NDC wants peace this is not how to deal with it,” he told Agoo FM’s Ebenezer Kojo Nyavor in Kwahu on Sunday.

Dr Henry Lartey spent the Christmas holidays in Kwahu over the weekend and donated some items to the Nkwatia Orphanage Home dubbed ‘Bless the children orphanage Home’ located in the Kwahu East District of East Region.

Spending time at at the RockCity Hotel, he told Kojo Eben (K-Lover) that “I’m coming from a privileged background, I could not imagine when these kids didn’t have biscuits, toys and others to enjoy Christmas… I actually cried when I got there but this is part of my little effort to put smiles on the face of these children who have no parents. I did this out of compassion, not for anything…I broke down. But this is not going to be the first and last, anything I can do to make them happy, I will do that.’’

The items include Bags of Rice, Cooking Oil, Drinks, Soaps, Toilet Rolls and other useful materials.