2020 Election: NDC will go to court on Wednesday- Rockson Nelson-Dafeamekpor 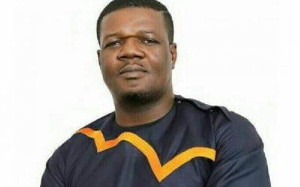 MP for South Dayi, Rockson Nelson-Dafeamekpor says the NDC will head to court on Wednesday, December 30 to challenge the results of the 2020 election.

"Certainly, we (NDC) are going to court. By this coming Wednesday, it should be done."

He made this known on Joy FM's 'NewsFile' on Saturday.

The NDC has indicated that they have finished their auditing of all the pink sheets and are ready for court.

Communications Officer for the NDC Sammy Gyamfi also stated that they are unable to accept the results of the 2020 election due to the irregularities they have uncovered.