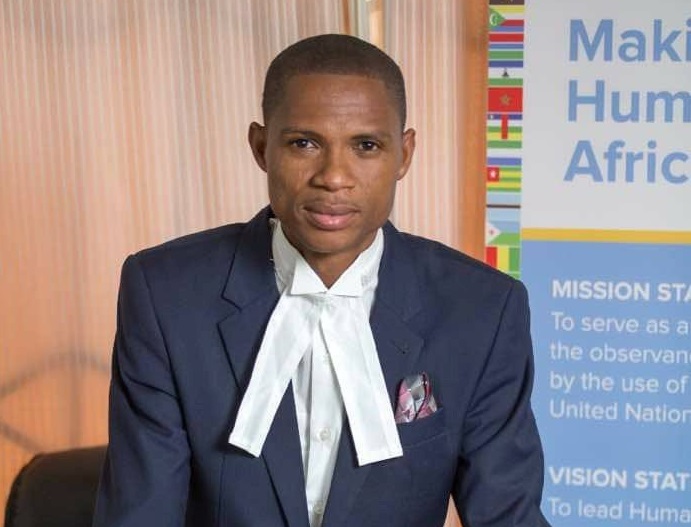 The Ghana Bar Association (GBA) has condemned comments by Madina MP, Francis-Xavier Sosu, for allegedly referring to some members of the bench as “political judges”.

In a statement, the GBA said the alleged comment by Mr Sosu, who is also a member of the Bar, suggests that the tenure of office of judges is tied to the tenure of the political regime under which judges are appointed, and further that “political judges will be treated politically”.

Mr Sosu made is said to have made the comment during an interview he granted to the media, according to the GBA.

The GBA called out the MP for making comments it said were “unprofessional, unfortunate, irresponsible and distasteful and same smacks of deep-seated, ignorance…”

The GBA said the tenure of judges per the constitution and other relevant laws, is never in any way whatsoever tied to the tenure of the political regime under which judges are appointed.

The statement said judges, unlike political office holders, are not elected into office, hence it is reckless for anybody to give the slightest suggestion that the tenure of judges are linked to the tenure of the political regimes under which judges are appointed. 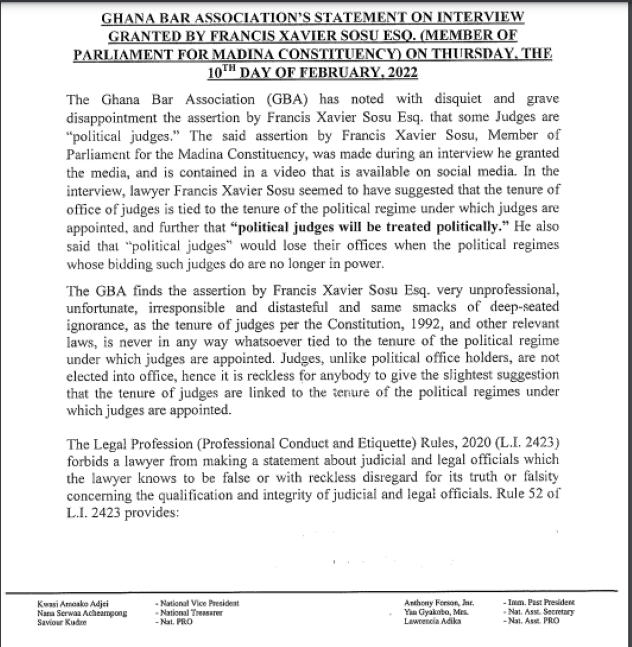 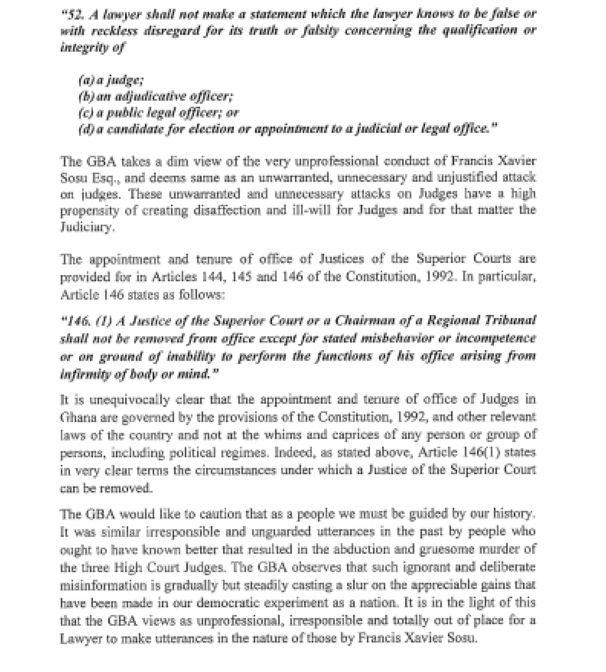 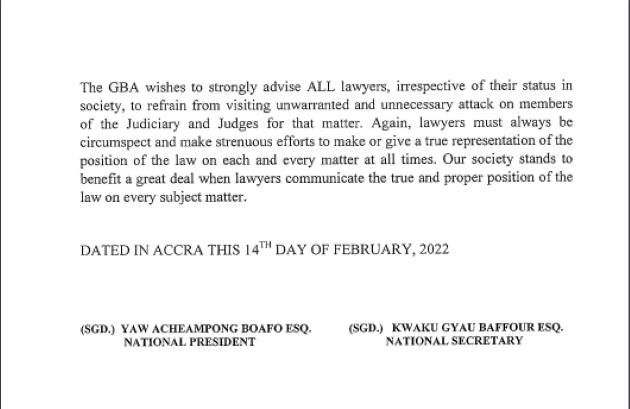