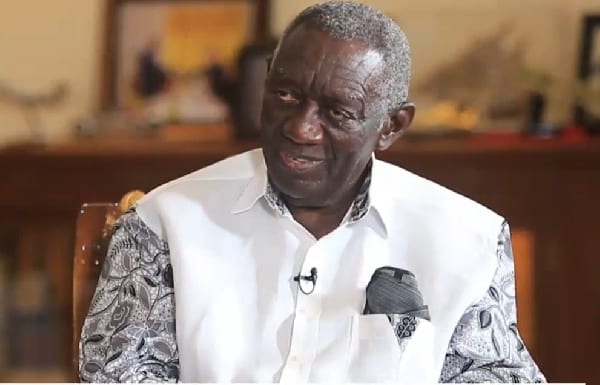 Former President John Agyekum Kufuor has denied reports suggesting he extended an invitation for a meeting with some New Patriotic Party (NPP) Members of Parliament (MPs) who are demanding the removal of Ken Ofori-Atta from office as the Minister of Finance.

In a statement dated November 17, 2022 signed by Dr Kwabena Osei-Adubofour, a senior aide and spokesperson for the former President stated "there is no truth to the said publications.

It said Mr Kufuor "vehemently detests the developing trend in disinformation that mischievously seeks to draw President Kufuor into issues that he has not commented on."

"The former President is as concerned as, perhaps more so than, others for the wellbeing and stability of Ghana, and in his own way is doing whatever he can for the nation to get on top of the seemingly intractable difficulties currently engulfing our society, and would be the last person to play petty and uninformed politics in the circumstances.

"At any time that Mr. Kufuor deems it fit to comment publicly on national issues, he would not hesitate to do so. But, he would definitely not be drawn in, on other people's terms and agenda," it added. 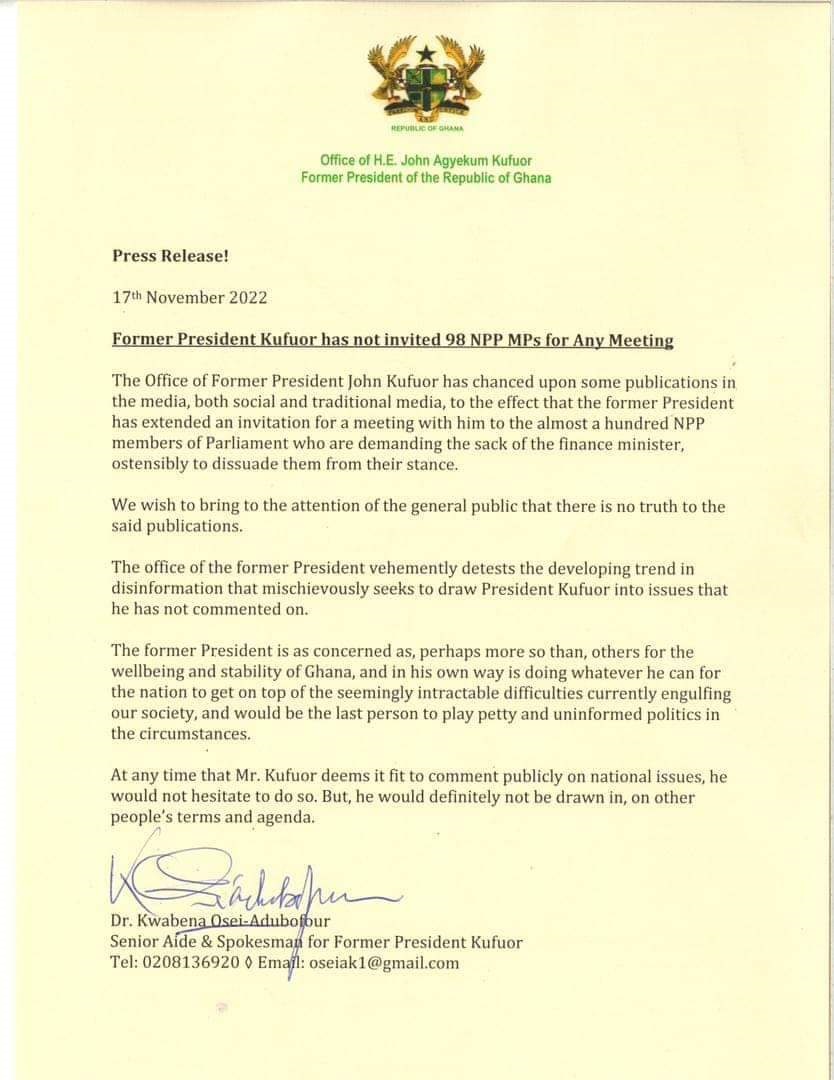