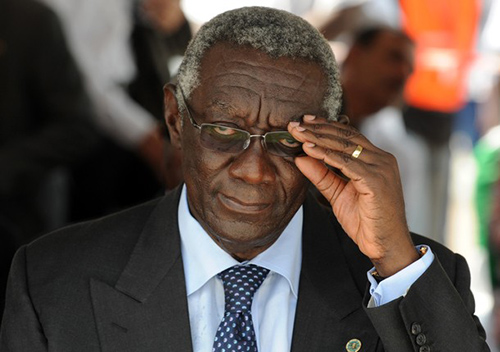 The office of former President John Kufuor has described as fake, social media reports claiming he has written to the Chief of Staff to forfeit six months of his salary.

A statement signed by Dr Kwabena Osei Adubofour, special aide to the former president, said: “The attention of the office of former President John Kufuor has been drawn to a fake reportage on social media and in some sections of the traditional media to the effect that President Kufuor has written to the Chief of Staff at the Presidency to request that six months of his salary should be forfeited to the state.”

“This office wants to emphatically state that the reportage is fake, and should be treated with the contempt that it deserves”.
“We are at a loss as to the object of such reportage and call for rational reflection on the use of the present avenues of communication that the digital age affords all of us.”

“A communication emanating from our office will never get the former President’s last name of Kufuor wrongly spelled. The office of former President Kufuor, therefore, urges the general public to utterly disregard this mischievous piece”.

According to the fake press statement, the former president made the offer as a show of solidarity with the government, as it attempts to steer the country out of the current economic crisis. 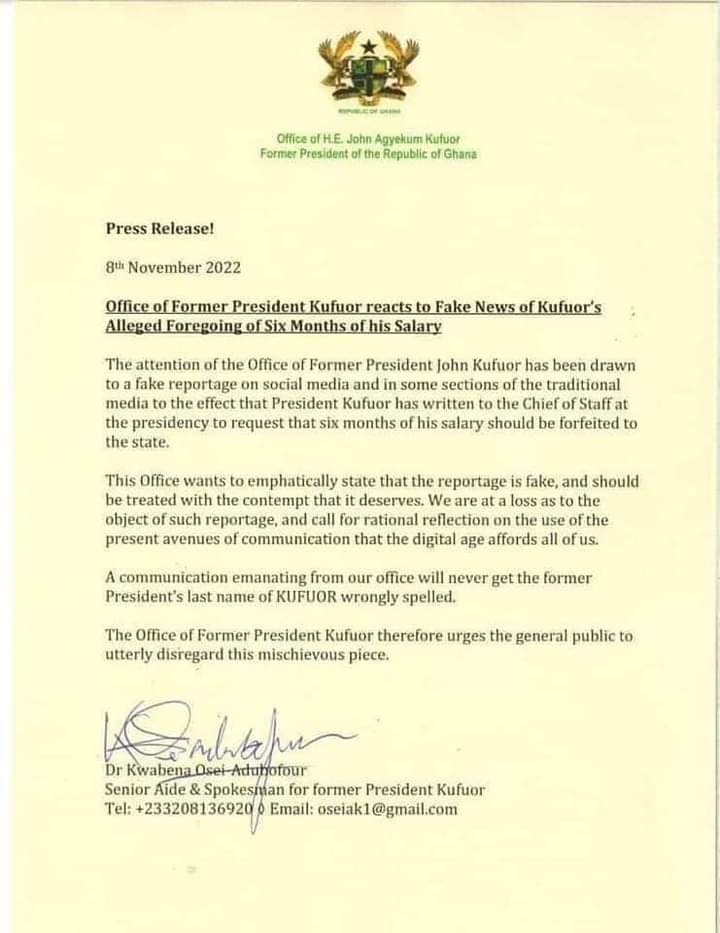