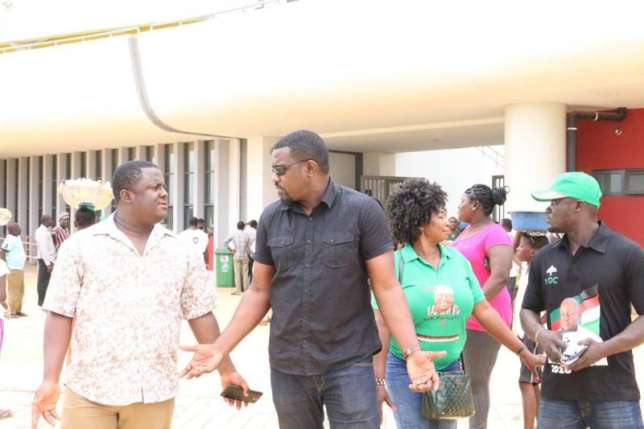 Popular actor John Dumelo has explained that he met certain people in the past but information he was given was unenthusiastic so when he later met the National Democratic Congress (NDC) folks and he felt at home he’s been delighted since.

Mr Dumelo who was speaking at the campaign launch of the NDC choosing to express himself in Fante remarked “NDC party is a peaceful party, we abhor violence and conflict.”

He rallied the country’s youth to mobilize and vote for president Mahama to retain his seat as well as the NDC parliamentary candidates.

According to the popular actor, when he decided to lend his support to the NDC, he suffered abuses but he was unperturbed even when his dad, mum and family were not spared because he had absolute faith in the NDC anchoring him.