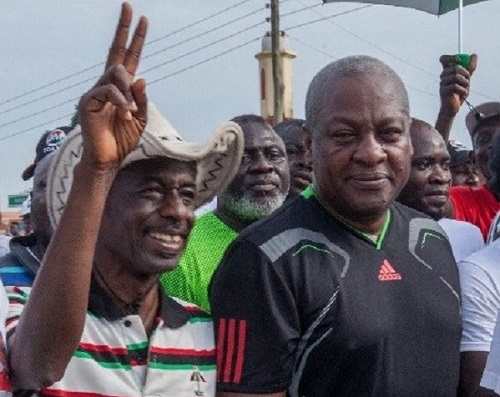 General Secretary of the National Democratic Congress (NDC) Johnson Asiedu Nketia says he will not turn down an opportunity to be the running mate to flagbearer John Mahama for the 2020 elections.

John Mahama who will be leading the NDC into the 2020 general elections is yet to choose a running mate.

Mr Asiedu Nketia who was speaking to the Pulse on JoyNews said: "I will gladly accept it because I have never rejected any duty that has been imposed on me, I have only rejected two appointments, an offer of Ministerial appointment under Mills and another under Mahama. If the Party feels I am the right person to play that role of running mate why not. I will not lobby for the position but everyone in this party knows about my capabilities. I have heard people say I know nothing about the economy but there is a sense in which I change perceptions about me.

"I presented myself as a palm-wine tapper in politics so there are people who begin to question whether I have been to school before. My first degree was in business administration, so I was into banking before I left to parliament" he added.

READ ALSO:  Prez. Akufo-Addo wanted a woman to be his running mate in 2008 - Oppong Nkrumah