''Inspire the illustrious women with your actions, not mere talk''- MP to Akufo - Addo 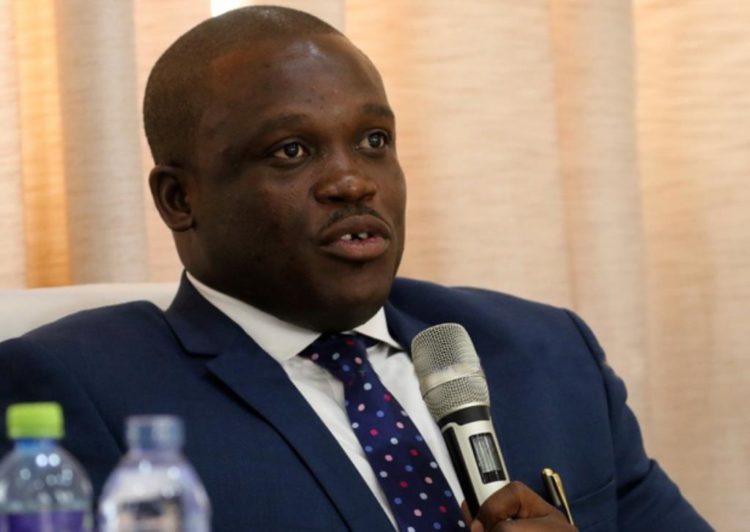 ''Inspire the illustrious women with your actions, not mere talk''- MP to Akufo - Addo

The Member of Parliament of Ningo Prampram, Sam George says President Akufo Addo should motivate illustrious women in Ghana instead of accusing them of not showing enough dynamism.

Sam George's comment follows President Akufo Addo's contribution at the Women Deliver Conference in Canada that he is yet to see dynamism in Ghanaian women.

“We are not seeing enough dynamism and activism on the part of those who are seeking. I am talking about dynamism where it matters…electing people to Parliament, controlling political parties because they are the instruments by which our societies make decisions''.

In a Facebook post, Sam George reacting to the comment made by President Akufo-Addo said the President should inspire Ghanaian women with his actions. Adding to that he said the President accused women of not showing enough dynamism for national development

''Mr President, if you really want to know how we can open the door for women, start by sanctioning your errant appointees. Inspire the illustrious women of our dear Nation with your actions, not mere talk''.

''And to think he accused women of not showing enough dynamism and drive! How do you encourage women to assume the levers you spoke about when those who dare voice an opinion are so callously shut down by your appendages?'' he stated.

According to him, some individuals have misinterpreted the President’s comment on the subject and pointed out that the President only sought to make a point about the need for women to step up their quest and forcefully put up a fight in areas of concern and where it matters most.

Mr Oppong Nkrumah said the President's comment only gave the impression that there are a lot more women can do. 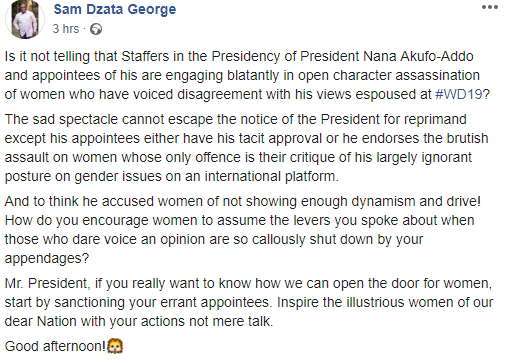