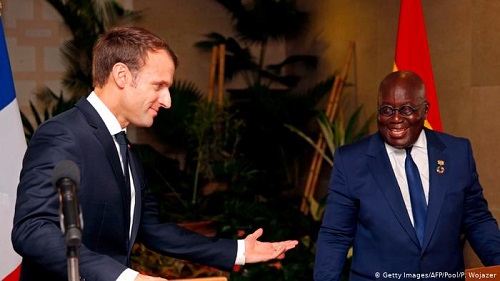 President Akufo-Addo says Ghana did not donate one million dollars for the reconstruction of France’s centuries-old Notre Dame which was gutted by fire in April.

The April 15 disaster downed the French Medieval Catholic Cathedral to the dismay of the world.

The President who is on a visit to Canada denied the claim when he was asked during an interaction with some Ghanaians who sought to know why the rumoured donation was made.

"I have not done it, not one dollar of Ghana money has gone to support the rehabilitation of Notre Dame"

"These are matters that can very easily be ascertained”, adding: “The Controller and Accountant-General is there in Accra and he will tell you when you go and ask him that not one dollar, not one cent has been paid by Ghana to the reconstruction of Notre Dame".

“There are a lot of rich people in France and they can take care of their own Notre Dame”, the president added.

These questions come on the back of support the President Akufo-Addo offered the people of France as he sent several messages of condolence to the people.

Fire razed the famous Notre-Dame cathedral in Paris in mid-April.

French President Emmanuel Macron pledged to rebuild the church and some billionaires also donated towards the reconstruction of the church.