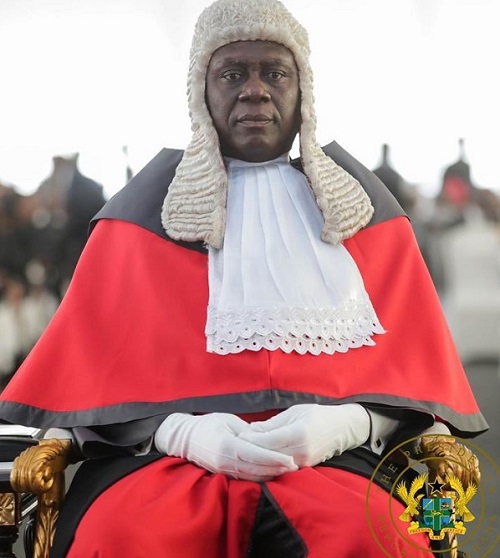 He becomes the 14th Chief Justice of the Republic of Ghana after he was sworn in by President Akufo-Addo. 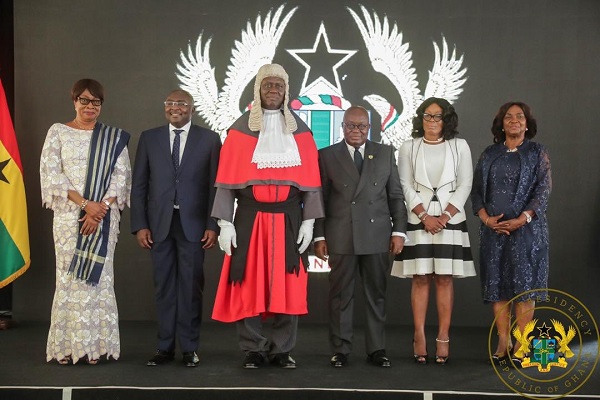 President Akufo-Addo after swearing-in Justice Anim Yeboah at the Jubilee House observed that the presence of almost all Justices of the Supreme Court at the vetting of the Chief Justice by the Appointments Committee of Parliament was an honourable gesture.

The President said: â€œI am hopeful that this same level of support will be forthcoming as he assumes the mantle of the Head of the Judiciary. To his colleagues on the bench and members of the Bar, I urge your continued solidarity and co-operation with the new Chief Justice to promote the rule of law. That will be in line with the finest traditions of the Bench and the Bar and will help enhance the welfare of our peopleâ€

President Akufo-Addo commenting on his expectations from Chief Justice Anin Yeboah he said he expects â€œdecency, discipline, fairness, hard work, deep-seated respect for the rule of law and the continuing modernization of Judicial activities to be the hallmarks of his era as Chief Justiceâ€. 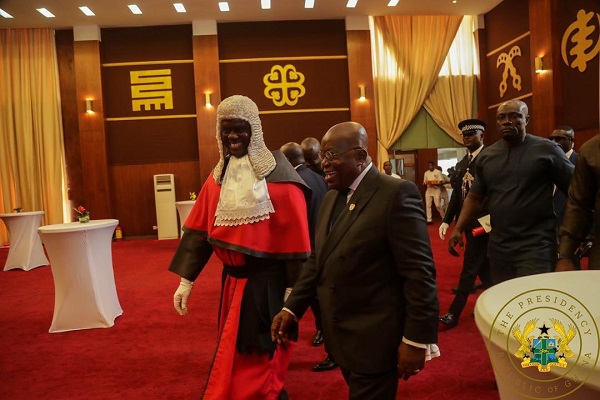 He also noted that it is extremely important that Ghana has a Judiciary that commands the respect of its people.

He, therefore, said it is vitally important that we have judges who are honest, possess integrity and sound knowledge of the law.

The President, charged Chief Justice Anin Yeboah to ensure that during his term in office, the Judicial Service can confidently be said to be such.

President Akufo-Addo also assured the Chief Justice that the most pressing needs of the Judiciary such as their infrastructure challenges which directly affects the delivery of Justice in Ghana will be given the needed attention it deserves from the government.

â€œI assure Chief Justice Anin Yeboah that I will be a trusted partner of the Judiciary so that the Executive and the Judiciary can co-operate in the spirit of mutual respect to promote Good Governance for the advancement of peopleâ€ the President opined.

Chief Justice Anim Yeboah said he was honoured and pledge to put in his maximum best to ensure he completes his task well. 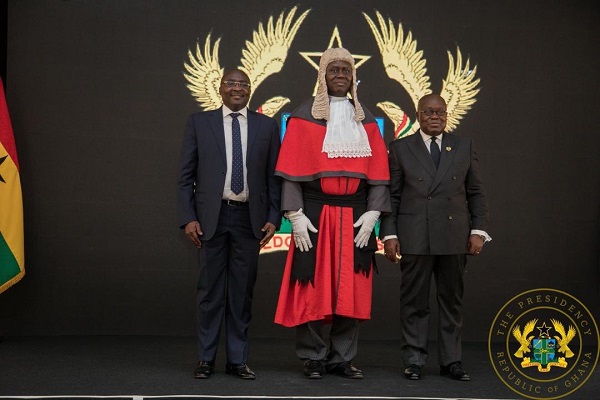 â€œI want to assure the people of Ghana that I will continue to jealously guard the integrity of the Judiciary as my predecessors in office have done. I will take all necessary steps to ensure that during my term in office, solutions are found to these issues of concernâ€ Justice Anin Yeboah said.