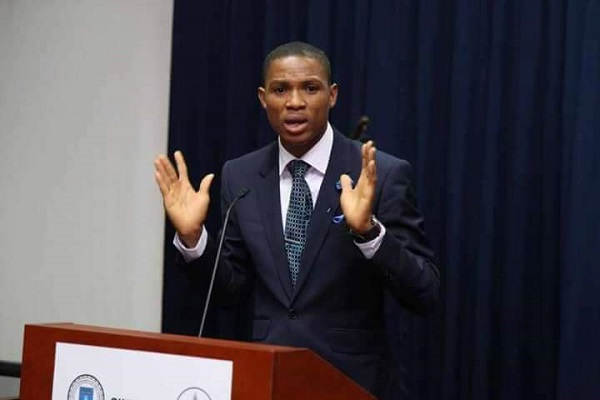 The renowned Human Rights activist, Francis Xavier Sosu has vowed to wrestle power from the incumbent NPP MP in the 2020 elections despite losing to Amadu Sorogo in the 2015 primaries of the NDC.

Speaking in an interview with a section of journalists in Accra, the renowned lawyer indicated that his Strength and performance in the 2015 primaries of the NDC showed he would have won the elections if it had not been characterised by irregularities.

"I dare say I won that election, the result demonstrated the kind of strength and love the people have for me. I had approximately 1500 votes and Amadu Sorogo had 1700 votes and that was the first time I was contesting somebody who had been there for three consecutive times. They turned the winner into a loser and the loser into a winner. As the people in various parts of Madina keep saying 'if the lawyer was the candidate for the NDC, we would have won the Madina seat'. He emphasised.

Lawyer Sosu, however, said that measures will be put in place by his outfit as well as the party to avoid the recurrence of such irregularities in future.

When asked what motivated him to 'launch a come back' to contest again in the next primaries, he said his desire to bring about social change will be further advanced if he is elected as the MP for the area considering the huge challenges facing the people of Madina.

"I am in no way saying that I need to become an MP before I can support the people of Madina, though it is not the work of an MP to construct roads, build schools, etc. but Madina is very deficient when it comes to the share of the national cake. I will be able to reach out to many people. I have a persuasive persona to lobby for development for the people".

According to him, a cosmopolitan area like Madina needs an individual like Sosu who is a diversity of the people and identifies with them.

" I am a reflection of the people, I have sold on the street, begged on the street, having gone through all these difficulties to the height God has brought me will help me to inspire hope in the youth and believe in themselves to bring about the necessary social change". He added.

He noted that a lot of these social change could easily happen within the Madina constituency if leaders will help provide a progressive funding mechanism that will support young, brilliant but needy students. as he has done and continues to do despite his meagre resources.

He said, "There are a lot of these people in Madina, I am supporting people in the training colleges, universities, etc. but I am limited as a private person but as an MP I will have a bigger platform to solicit for funds and reach out to many people".

On the issue of employment, lawyer Sosu said he will help find job opportunities for the teeming unemployed youth who are sometimes engaged in all forms of social vices and also fall prey to irresponsible adults.

He observed " people do not have the motivation to be in school because they don't have the means, they are been supported by their boyfriends, etc. I will come out with a system that will support them like the MP's scholarship, special funds to be set up to pay the medical bills of the vulnerable who do not have the means as well as lawyers who will volunteer to support.