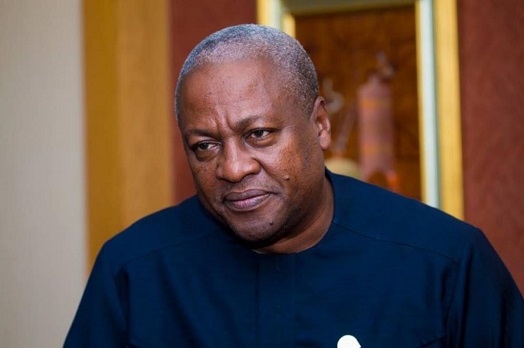 Former President John Mahama says a new Chief Justice is required to repair what he described as the broke image of the judiciary in Ghana.

According to him, the seeming lack of confidence in the court by a section of Ghanaians is a threat to Ghana’s democracy.

READ ALSO: The judiciary has been politicized, there is a need for reforms - Mahama

“There is therefore the urgent need for the Ghanaian Judiciary to work to win the trust and confidence of the citizenry, and erase the widely held perception of hostility and political bias in legal proceedings at the highest courts of the land.

“Unfortunately, we have no hope that the current leadership of our Judiciary can lead such a process of change. We can only hope, that a new Chief Justice will lead the process to repair the broken image that our Judiciary has acquired over the last few years”, Mahama said.
Mr Mahama also waded in the infamous’ 7:0 or unanimous FC’ phrase noting it smacks of deep seated lack of confidence in the courts.

“So badly has the image of our Judiciary deteriorated. That many of our citizenry openly make mockery of our justice system and of our justices. The phrase ‘Go to Court’ is these days met with derisive laughter, instead of hope that one will truly get justice.

“If people are not poking fun about politics and inducements being used to sway the hand of justice in the lower courts, then it is poking fun and making statements about the 7-0 of the ‘Unanimous FC’ “.