Mahama is innocent, only 4 of us know what killed Mills - Allotey Jacobs 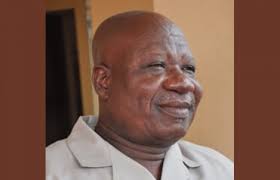 Central Regional Chairman of the NDC, Allotey Jacobs says president Mahama is “innocent” in the death

good self-know what led to his death.

“Let me confirm this, we are just four people who know about Professor Mills sickness. His two siblings

Mills was dear to our hearts, he shared his frustration, sickness and development with us."

“We knew the man very well and he knew us. Prof Mills once visited me at my apartment late-night

when I was sick, we cried and we prayed together. People don’t know about this so they just get up and

malign innocent people in this country” the educated fisherman submitted.

“…What at all has President Mahama done? What sin has he committed? Just because God has anointed

him to be president?

“Those doing that are just hurting the family [Mills family]. The man is dead and gone. Curse will be

upon those behind this [he accused the NPP]. Death will run through their camp” he stressed.

relations but there’s been keen interest to know what caused the demise of the good professor.

public the cause of death.

During NDC’s campaign launch in Cape Coast, some unknown individuals covered streets with posters of