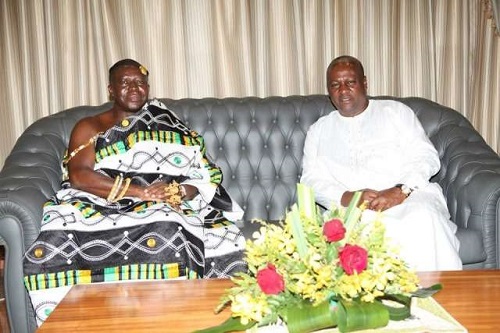 A former Chief of Staff has denied claims that former President John Dramani Mahama, was persuaded by Manhyia Palace to accept defeat in the 2016 elections.

According to Mr. Julius Debrah, this claim is not supported by the facts.

“I state without equivocation that the decision to concede and congratulate Nana Akufo-Addo even before the official results were declared was taken by President Mahama himself without any persuasion from any quarter,” the statement said in part.

Otumfuo Osei Tutu II made the revelation when he delivered a speech at the UN General Assembly on using traditional methods and culture to engender peace in the Ashanti Region and Ghana.

Mr. Debrah maintains this cannot be true even though “the Asantehene has over the years been a very respected interlocutor in Ghana's multi-party political engagements.” 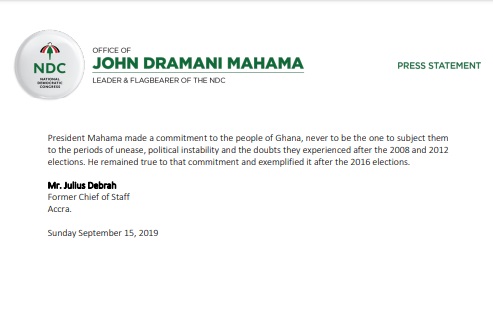