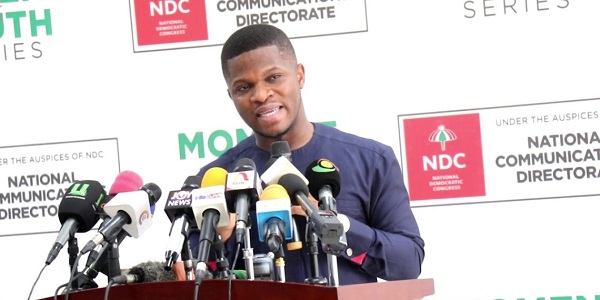 Mr. Gyamfi says his denial of running a family and friends government further highlights his dishonesty.

The President stated categorically that he is not presiding over family and friends governments as it has been trumpeted by his critics.

Mr. Gyamfi speaking to Joy News on December 13, 2019, said there are a host of personalities occupying positions who are directly related to the President.

"The first falsehood we have to deal with is the President's claim that he only has one or two of his relatives in his government, that is palpable falsehood, Minister for Works and Housing Atta Akyea is more or less an uncle to him, Roads and Highways Minister Kwasi Amoako Atta is his maternal relative too, the Executive Secretary to the President Nana Bediatuo Asante is a direct cousin to him, he has his baby mama among others in his government so he can't say he has only a few. We have so many Ofori-Atta's in his government who are all directly related to him, his own daughter Gyankroma Akufo-Addo has been appointed by him".

Mr Gyamfi says on January 17, 2016, President Akufo-Addo castigated then President Mahama for running a family and friends government and promised not to do same but never spoke about whether they qualify for the position or not.