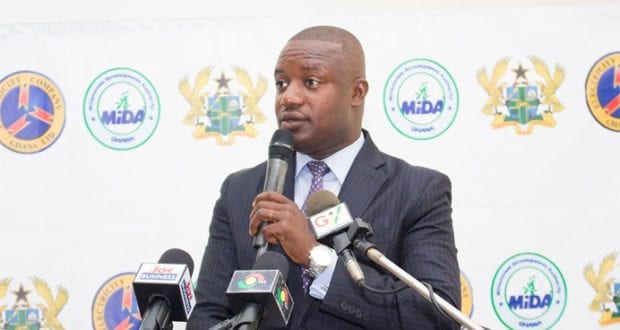 The Minority in Parliament is alleging that the government is 'secretly' working to restructure the PDS deal and give it to their 'friends and cronies'.

The Minority says this has not come to the floor of parliament and therefore not proper for the government to go on that path.

They claim they have chanced on a document that shows that the government is entering into a fishy deal just to give the deal back to a new partner.

Today at a press briefing, the Minority spokesperson on Energy, John Jinapor says they are giving the Minister for Finance Ken Ofori-Atta a 24-hour ultimatum to respond or face their wrath.

"Indeed Millennium Development Authority (MiDA) indicated that the restructured programme was to ensure that the company had a 60% financial record and 40% technical record. MiDA indicated that the Manila Electric Company,  (MERALCO) had a track rather hence they won the bid, then on June 21, 2018, the cabinet of Ghana under President Akufo-Addo approved this deal, unknown to most of us, six days after the deal, a company was incorporated in Hong Kong known as Meridian Power Ventures.

"We have conducted our checks in Hong Kong and we found out the company was formed on June 26, 2018, but they have blacklisted the shareholders of the company,

"Then when you read the letter again there is a company called Anaergia that owes 19% but in the parliamentary document it is Anaergia SA, so who are the owners of these two companies. So how come a company that owes less stake in a consortium say they want to restructure it. We told you Peter Amewu had led a delegation to Manila, we are aware of where he slept and his mission, we, therefore, challenge the Minister for Finance who has championed this whole process to respond. We give him 24 hours to come and explain this matter if not we will use all legitimate means to get to the root," John Jinapor said.

The government on July 30, 2019, announced that they had suspended the concession agreement with PDS over “detection of fundamental and material breaches of PDS’s obligation in the provision of Payment Securities for the transaction which was discovered upon further due diligence”.

The government then launched an investigation into the issue and after the probe, they are yet to declare their stance and let Ghanaians know the exact details of the said investigation