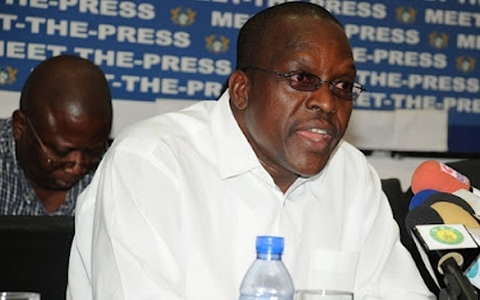 Member of Parliament for Nadowli West who is also Ghana's longest serving MP, Alban Bagbin has decided not to contest his seat again as he did not pick nomination forms to compete in the National Democratic Congress (NDC) upcoming primaries.

The 62-year-old is currently Ghana's longest serving MP as he assumed office in 1996.

The nomination forms for the NDC primaries closed yesterday July 12, 2019.

Bagbin has been nicknamed “Nadowli Mugabe,” and he has now decided to pave way for a new candidate.

The legislator is yet to give reasons for his exit but it will be recalled that a youth group in his constituency mounted pressure on him earlier this year to give way for a new person to take over.

It is now unclear if Bagbin will throw his weight behind a new candidate.

Nine people have picked up nomination forms to contest the Nadowli-Kaleo parliamentary primaries.

The figure is the highest in all the eleven constituencies of the Upper West region.

In all, a total of 46 people have picked up nomination forms to contest in the parliamentary primaries in all the eleven constituencies of the Upper West region.

The Jirapa constituency follows the Nadowli-Kaleo constituency with 8 people picking nomination forms while the incumbent member of parliament for the Daffiama-Bisie -Issa constituency, Dr. Sabastian Sandaare is going unopposed.

Below is the full list of persons who picked forms at the close of nominations.