NDC's Green Book is an indictment on their leadership - Pius Hadzide 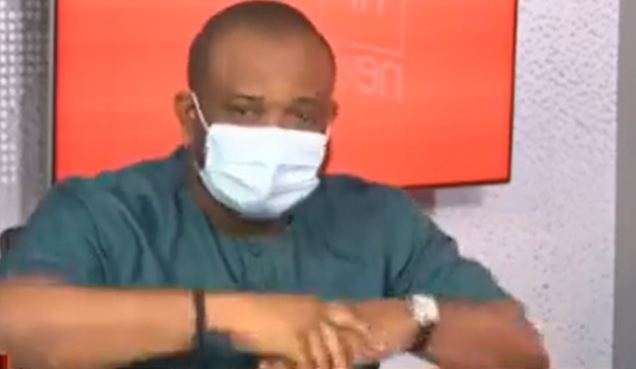 The NDC claims their 'Green book' captures all projects that were instituted and to some extent completed under the Mahama administration.

Last week President Akufo-Addo said most of the project the NDC claim to have done only existed in their 'Green book' and not on the grounds.

Mr Hadzide speaking on Joy FM's Newsfile said the 'Green Book' is filled with lies and it is only an indictment on the NDC leadership.

"In the first place, my brother, Felix Kwakye Ofosu is wrong in his recollection of their economic achievements. I think we need to do proper audit on this green book. It is an indictment on their leadership"

"The president stated that the unprecedented development that we were assured by the NDC never existed. Some people say the green book is fraud"

President Akufo-Addo during the commissioning of the Tema Motorway Interchange on June 5 called out the previous Mahama administration for saying it embarked on unprecedented infrastructure projects during its tenure.

Describing the claims as fictional, one which only exists in the NDC’s Green Book, he said it was based on those ‘falsehoods’ that “we made a pledge to the Ghanaian people to expand and improve the road network while closing the missing links in the network.

“We had to make this pledge because we know that the so-called unprecedented infrastructure development of the Mahama administration was fantasy; existing in the Green Book and not on the ground,” he added.

The NDC after Akufo-Addo's comments held a press conference and said his claims that projects in the Green Book do not exist on the ground is not factual.

Felix Ofosu Kwake Parliamentary candidate for Abora Asebu Kwamankese, said: “Having actively participated in the compilation of this book which highlights the boldest and biggest capital investment in the history of the Fourth Republic, I can state with absolute certainty, that the President’s claim that it contains “fantasy” projects that cannot be found on the ground, is an outright untruth.”