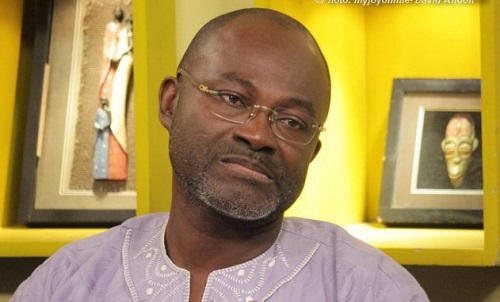 The National Democratic Congress (NDC) has called for the arrest and prosecution of the Member of Parliament for Assin Central, Kennedy Agyapong for allegedly threatening slain investigative journalist Ahmed Hussein-Suale.

Addressing the media at the NDC headquarters, National Women's Organiser of the opposition party, Hannah Bissiw, said the action of the governing New Patriotic Party (NPP) legislator led to the sudden demise of the investigative journalist.

She stated that, Kennedy Agyapong is not above the law and should be arrested and prosecuted under sections 74 and 75 of the Criminal Offenses Act of Ghana, 1960 (Act 29), for threatening Ahmed Hussein-Suale with harm and death publicly in the media

“The killers of Ahmed Suale and all who played a role in his murder, especially Hon. Kennedy Agyapong, [should] be arrested, and brought to book,” she said.

Hannah Bissiw bemoaned why the perpetrator of the crime has still not been brought to book.

“The women’s wing of the NDC is deeply worried about the failure of the Akufo-Addo government to resolve the gruesome murder of the investigative journalist, Ahmed Suale.

“We wonder why till date, a prominent member of the NPP, Kennedy Agyapong, who threatened Ahmed with harm and death before his untimely murder, is still walking the streets of Ghana as a free man,” she stated.

The NDC is convinced if the government was serious about the rule of law, Kennedy Agyapong should have been standing trial, at least for his reckless act of publicly threatening Hussein-Suale with harm and death.

Hannah Bissiw expressed the party’s deepest sympathies to the widow of Hussein-Suale and her children.

“The women’s wing of the NDC demands nothing but justice for the poor widow and her children. The blood of such an illustrious son of the land must not be spilled in vain, for his surviving wife and kids to suffer” Madam Bisiw added.

The Speaker of Parliament in January this year referred Mr Agyapong to the Privileges Committee after inciting violence against the undercover journalist.

But five months after his assassination the police are yet to bring closure to the matter.