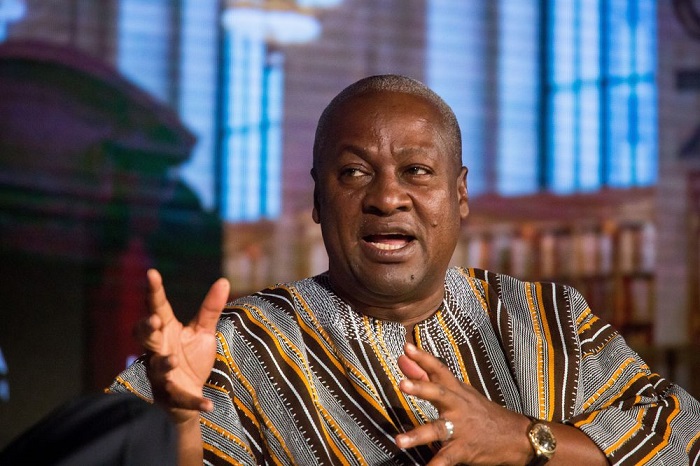 The NDC flagbearer speaking at the party's campaign launch at Sefwi Wiawso said they will keep a keen eye on the election and ensure it is free and fair.

He also said the EC can't subvert the will of Ghanaians and they will do all they can to make sure the will of the people comes to past.

Mahama then advised the EC to live above reproach.

"We are determined and the Electoral Commission and indeed no institution or anybody can subvert the will of the Ghanaian people. We have had concerns and drawn the EC's attention to many things that have not satisfied us. We expect the commission to live above reproach and I want to tell Ghanaians that the NDC is very prepared to police the ballot from all polling stations to the regional and finally national collation centre"

Meanwhile, General Secretary of the NDC, Johnson Asiedu Nketia filed the presidential nomination on behalf of John Mahama on Wednesday 7, 2020.

President Akufo-Addo has also filed his nomination to contest in the 2020 presidential elections on Tuesday.

The Electoral Commission started receiving nomination forms from presidential and parliamentary aspirants from yesterday, October 5, 2020. The exercise is expected to end on October 9.