Not enough time to change election from Dec. 7 to Nov. 7 - EC 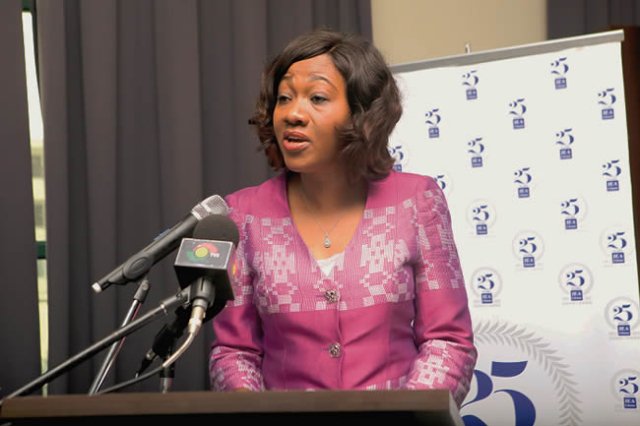 December 7 will remain the statutory day for holding Presidential and Parliamentary elections across the country.

Chairperson of the Electoral Commission Jean Mensa confirmed same to state publisher Graphic, ending speculations of a change in date.

Earlier media reports suggested the date for the general elections could be moved to November 7 to allow for smoother power transitions following a failed attempt to do so in 2016.

But Mrs Mensa, ending the speculations, said despite the Commissionâ€™s willingness to change the date, there isnâ€™t enough time to do so.

â€œAlthough the EC is in favour of the change in date, we donâ€™t intend to do so this year,â€ the EC Chair is quoted as saying.

Concerns with changing the voting date intensified with the little time left for power transitions when the opposition wins the elections in a runoff.

In the 2000 general election, the runoff was held on December 28, which saw John Kufuor defeating then-Vice President John Atta Mills.

With the law requiring swearing-in of the president on January 7, the transitioning period was just after a week.

In 2008 after President Kufuor was stepping down after his second term, Atta Mills and then governing New Patriotic Party (NPP) candidate, Nana Akufo-Addo both failed to win more than 50 per cent of the total valid votes, which meant another runoff.

This was also held on December 28, after which Prof. Mills won. This once again left little time for transition.

A change in the date of the general election, would then provide for enough time for the 21day period for the runoff and also enough time for a smooth transition period, experts argue.

The ECâ€™s calendar is meanwhile, packed, with the compilation of a new register expected to start on April 18 to the end of May 2020.