NPP have better human resource than Hawa Koomson, she's not cut for it - Kwakye Ofosu 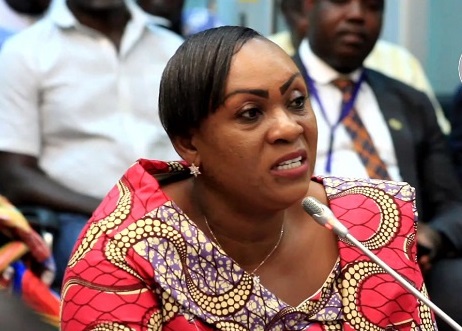 It was widely anticipated, that the vetting of Hawa Koomson will be an interesting one.

She was asked several questions about the portfolio she has been nominated for and her responses seems to have gained a lot of attention from Ghanaians especially on social media platforms.

Mr Kwakye Ofosu took to social media and also said Mrs Koomson is not cut for the position.

"Hawa Koomson does not cut it. It is as simple as that. The NPP has much better human resource to fall on than this."

Hawa Koomson at the vetting said she wished the Kasoa shooting incident in the run-up to the 2020 elections never happened.

She said she regrets her actions and wishes it never happens in our politics again.

"During the Voter registration exercise in 2020 on July 20th there was such an incident, but regrettably it was unfortunate which I wish it never happened and I pray it never happens again in the history of our politics in Ghana, I also apologize to the people who were scared on that day, it was in defence of my life which I felt was in danger and I thought I needed to save my life, but I want to plead with the committee that the matter is under investigation so I wouldn't want to say much about it".

Hawa Koomson fired a warning shot at the Steps to Christ registration centre on July 20, 2020.