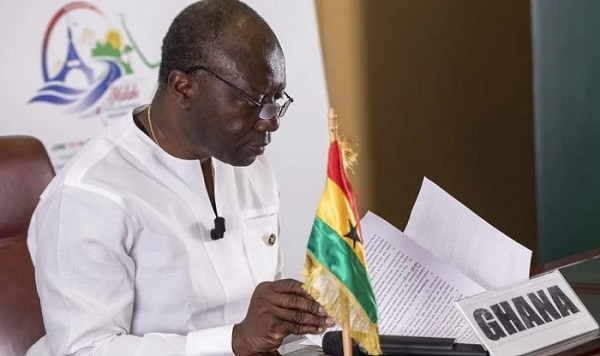 NPP MPs have signed an agreement with their Party to step down their demand for the dismissal of Finance Minister Ken Ofori-Atta until at least the IMF negotiations are concluded,

A statement jointly signed by the Majority Chief Whip, Frank Annoh-Dompreh and the General Secretary of the NPP, Justin Koduah said "it has been agreed by all to refocus and recline to the earlier position requested by President Akufo-Addo.

There were agitations within the Majority caucus on who to present the 2023 Budget, slated for Thursday, November 24.

READ ALSO: It is suicidal to remove Ofori-Atta at this “crucial hour” - Assibey Yeboah

This follows calls by 98 of them for President Akufo-Addo to immediately sack Ken Ofori-Atta.

According to them, they have no confidence in the beleaguered minister.

According to the MP for Asante Akyem North, Andy Appiah-Kubi who has served as spokesperson for the non-conformist party MPs, the 98 MPs may boycott the budget reading should Mr Ofori-Atta be the one to present it.

“We’ve gone back to (our demand for the President to) sack him now and therefore should the budget be presented under the stamp of the Finance Minister, we’ll not participate because as far as we’re concerned, we’re never going to do business with him.”

But the non-conformist party MPs have acceded to Akufo-Addo’s directive after a meeting involving the Majority Caucus, the Leadership of the Party and the Council of Elders on November 22. 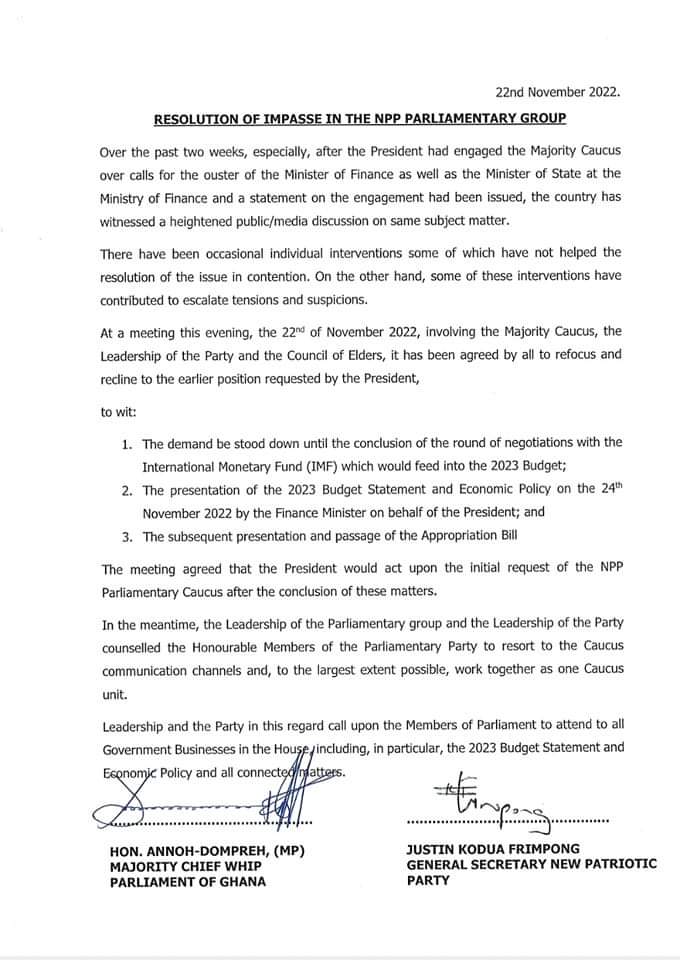