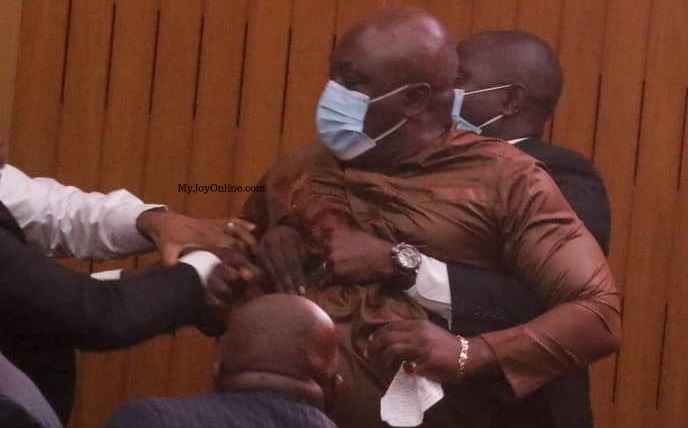 "What our colleague did was completely unacceptable. It is not necessary, we are supposed to be the House that makes the law and we are supposed to be an example to Ghanaians. The whole world was watching and this can hurt our democracy. I expect the NPP to sanction Carlos. If they want to demonstrate to Ghanaians that they believe in democratic principles then they have to sanction him"

Mr Ahenkorah a former deputy Trade and Industry Minister who was not previously sighted in the House during the voting, ran to the table during counting and snatched the ballots of Prof. Aaron Mike Oquaye and attempted to bolt with it.

He was quickly chased and accosted at the entrance of the parliamentary chamber and physically challenged by some NDC MPs.

The Chief Whip on the NDC side and MP for Asawase, Alhaji Muntaka Mubarak also went after him and secured the ballots papers which were returned to the table.