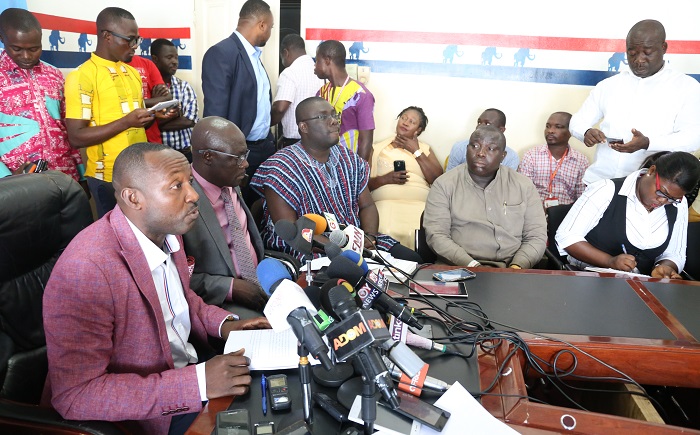 The General Secretary of the governing NPP, John Boadu, has said that to totally transform Ghana, his party will need not less than 40-years of interrupted stay in office to transform Ghana significantly

on Peace FM’s ‘Kokrokoo’, he said the NPP already focused on winning election 2020.

“We are preparing towards 2020 and it is not just 2020 we are looking towards. We know if we are here for a very long time, the country will move forward.”

He cited the work of the Kufuor administration as proof of the NPP’s potential at transforming Ghana.

“We need not less than 40 years to run this country and bring it to a level where we will all be happy. If you look at President Kufuor, looking at our history from independence to date, what President Kufuor did for eight years; he reduced inflation, reduced interest rates…cocoa production increased, the budget deficit was reduced, we brought NHIS, we left so much in the reserves, there are so many things he did that if I am to list all his achievements, we won’t finish.”

The NPP executive held that Ghana would have been significantly been better if the voters had given Nana Akufo-Addo the mandate to govern in 2008 after John Kufuor.

According to him, “if Nana Addo had continued after 2008 and had taken the baton from Kufuor, and if another NPP leader continued from him, we would have really moved forward.”

This is why NPP Director of Communications has resigned

“So if after 2008 Nana Addo had won and continued where Kufuor left, today another person would have taken it from him and also taken us very far. But we left power to our brothers (the NDC), and they took us back, and now we are back in power. Anytime the NDC comes things don’t work, look at how they nearly collapsed the banking sector.”

Mr Boadu stressed that the desire to hold onto power for a long time, explains why the NPP must be focused ahead of election 2020.

“We are not doing this for ourselves. We are doing it for posterity. Generations to come will not forgive us if we can’t hold on to power for a long time. Look at the Free SHS, year alone there were over 60,000 additional students who normally would not have been in school. This year we’re looking over 180,000. If not for Nana Adoo who was in power, the future of these children would have been jeopardized. So if we have even 8 to 10 years, you will see where this country would be.”