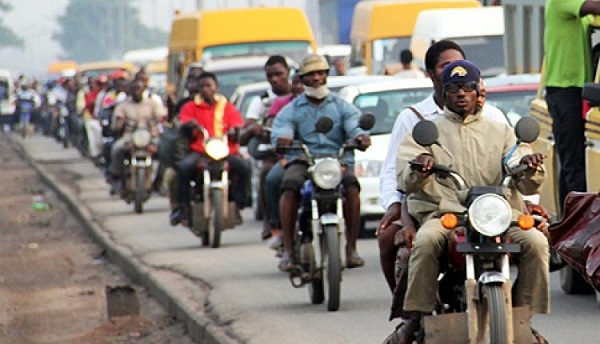 Samuel Okudzeto Ablakwa the Member of Parliament for North Tongu, has hit out at the New Patriotic Party (NPP) government concerning their stance on the legalization of Okada.

He says their stance shows nothing but a confused government.

His comment comes on the back of Vice President, Mahamudu Bawumia’s revelation that the government was rather planning to offer new cars to operators of okada on a lease basis in order for them to carry out their activities in a much safer manner.

Ablakwa says this revelation by Dr Bawumia is a direct opposite to what the Transport Minister Mr Kwaku Ofori Asiamah said concerning the legalization of Okada.

“Once again, a confused government, they are speaking from different sides of their mouth. You get a different position depending on who at the time of the day [is speaking]. Clearly, they have just lost the debate. This is a government that has lost touch with the people and that is why December 7, it is imperative we bring in the party that has the people’s manifesto.”

The talks of legalization Okada was started by the NDC and it is one of their manifesto promises.

The NPP has said they will not go on that path and Dr Bawumia speaking at the signing of a Memorandum of Understanding (MoU) between Volkswagon and BlackIvy for the production of affordable vehicles and houses for Ghanaians, said the leasing of cars to okada operators is a better option than the legalisation of okadas.

Despite okada riders welcoming the promise to legalise their work, Dr. Bawumia insists that the government will not succumb to any pressure to amend the law.

"They need to graduate from this risky and less safe okada riding to a safer means of transportation. Their problem will be a lack of capital but if you bring in new leasing policies and we have our national ID cards with our digital addresses we can have a credit system working and give you an option other than this risky job."

He added: “You don’t want to finish driving school and then make a life in okada riding. You can have a better option and we’ll give you a better option. So, yes, we will not legalize Okada business. It may be a tough decision but it is in the interest of Ghanaians. We have had discussions but we will stick to our decision to provide a better alternative to okada riding. Let’s give them an opportunity to lease vehicles and pay over time.”

The party has also clarified that it is committed to phasing out okada.